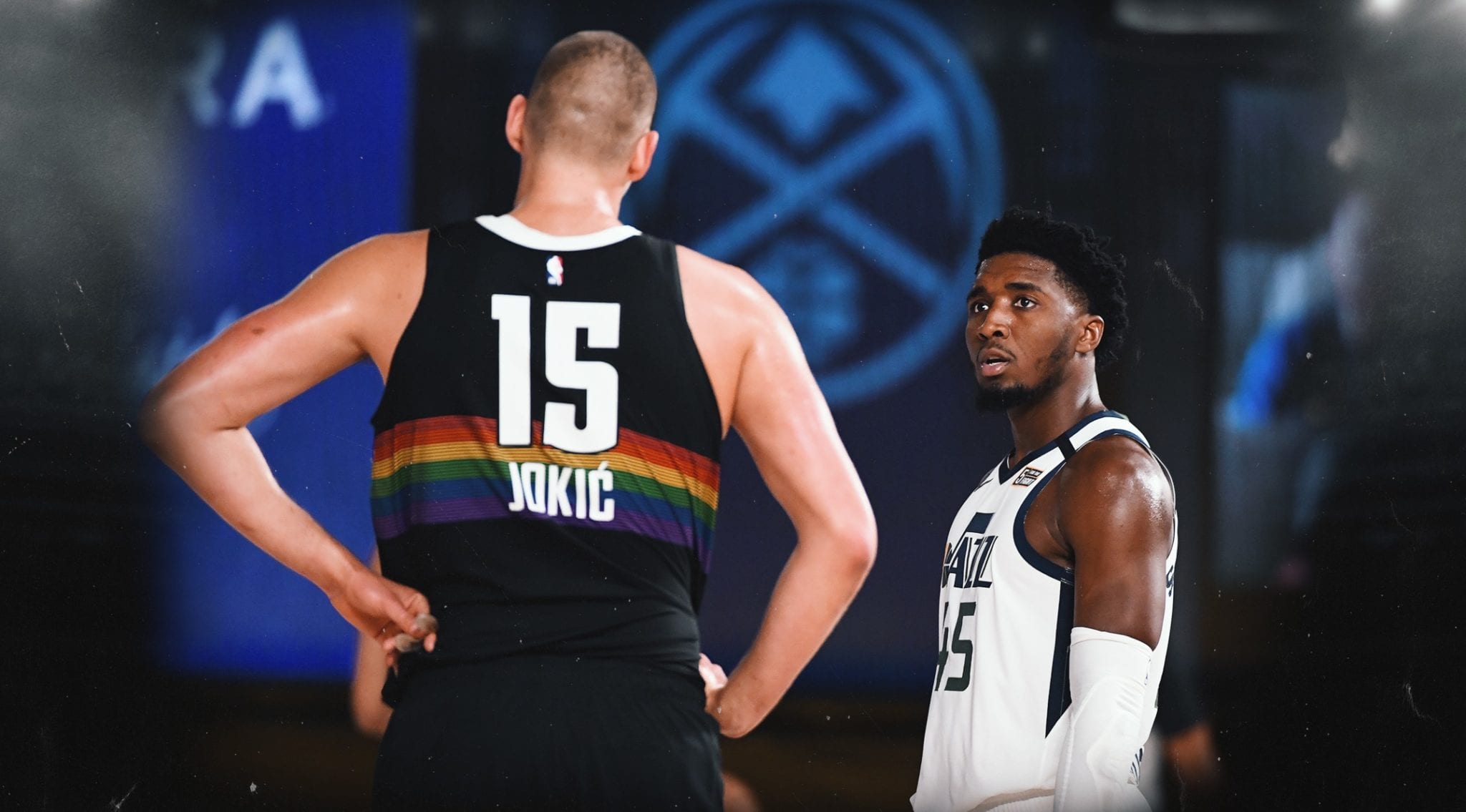 Denver and Utah return to the floor to continue their series after a stunning Game One that went to overtime.

The Nuggets managed to pull off a win in that one but they couldn’t stop Donovan Mitchell, who exploded for 57 points. The Jazz will play through him again as they look to level things up.

Get up to 40% winnings boost with BetMGM when you opt-in and place 4-7 leg parlay on any combination of sports or event.

Here are our best plays for Game Two:

It was an impressive win for the Nuggets in Game One, as they managed to weather the Donovan Mitchell storm and grind out a victory. It said a lot about them as a team, and also pointed out how strong their depth is compared to Utah. The Jazz are missing Ed Davis and Bojan Bogdanovic through injury, while Mike Conley has returned to the bubble after leaving for the birth of his son, however, he will not clear quarantine in time for Game Two.

Our model has the Nuggets as a 62 percent chance of winning this game and at the current odds, it’s a great bet. They have a variety of options on the floor and when they click, can also lock teams down defensively. Obviously Mitchell is a problem but with the likes of Nikola Jokic, Jamal Murray, Michael Porter Jr and Paul Millsap all lining up for Denver, they’ll be difficult to stop.

Our model has predicted Utah as a 52 percent chance to cover in Game Two against the Nuggets. They were every chance to win the opener and could have taken the lead in the final two minutes. Expect them to once again push Denver all the way in what should be another close game. As mentioned, Game One went to overtime and it would be a surprise to no one if this one went down to the wire as well.

After 260 points in Game One, it’s no shock that our projections have highlighted the over as a top pick in this game. Even without overtime, there was still 230 total points in the series opener, therefore we’re expecting Game Two to go over 217.5. The over is currently at -110, which is a smart bet as our model has recorded a 51 percent probability of us seeing at least 218 points.

Your first bet with BetMGM is risk-free up to $500! If you lose, get it back in bonuses! Join here.

It seems greedy to be expecting more of what we saw in Game One of this Jazz-Nuggets series, however, all signs are saying that is exactly what we’re going to get. Denver’s depth should give them the edge in what is likely to be a high-scoring and exciting game.