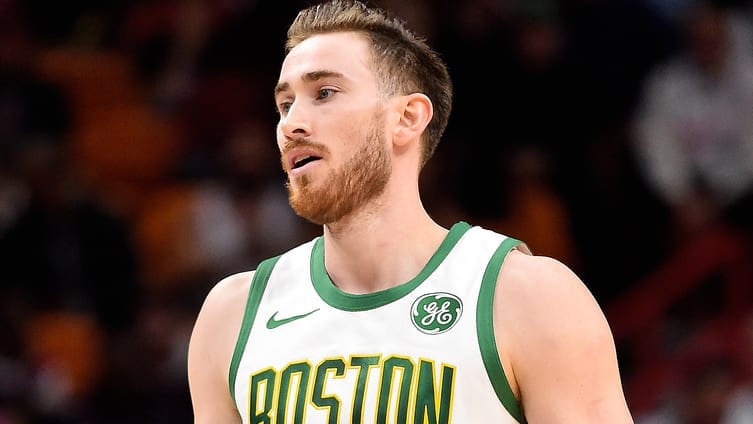 The Boston Celtics will be without one of their key players for an extensive period of time.

Gordon Hayward suffered an ankle sprain that will keep him on the sidelines for at least four weeks.

It’s a tough break for the Celtics as they look to make themselves contenders in a wide-open bubble league.

Gordon Hayward being helped off the court after appearing to injure his ankle. pic.twitter.com/ePanph0cwZ

Despite the loss, coach Brad Stevens remained positive on rotations.

“I think we can certainly do a lot here but all that stuff is to be determined,” Stevens said after the Celtics practiced inside the NBA’s bubble at the Walt Disney World Resort in Orlando, Florida, Tuesday afternoon. “We haven’t gotten into that stuff or that conversation.

Hayward had been playing good basketball after returning from a horrific leg injury two seasons ago on opening night.

He suffered through some small injuries but worked his way back and the offense had been playing well with him in the lineup.

The Celtics are very deep on the perimeter and have enough guys that can step up in Hayward’s absence.

They’ve also been down this road before.

“That’s part of it. We’ve lived this before and we’re going to have to have other people step up. That’s why you have a team.” Stevens said.

Whether Hayward returns to the team this season will depend on how far the Celtics go in the playoffs and how well Hayward’s ankle responds to treatment.

The Celtics look to go up 2-0 on the Sixers Wednesday.