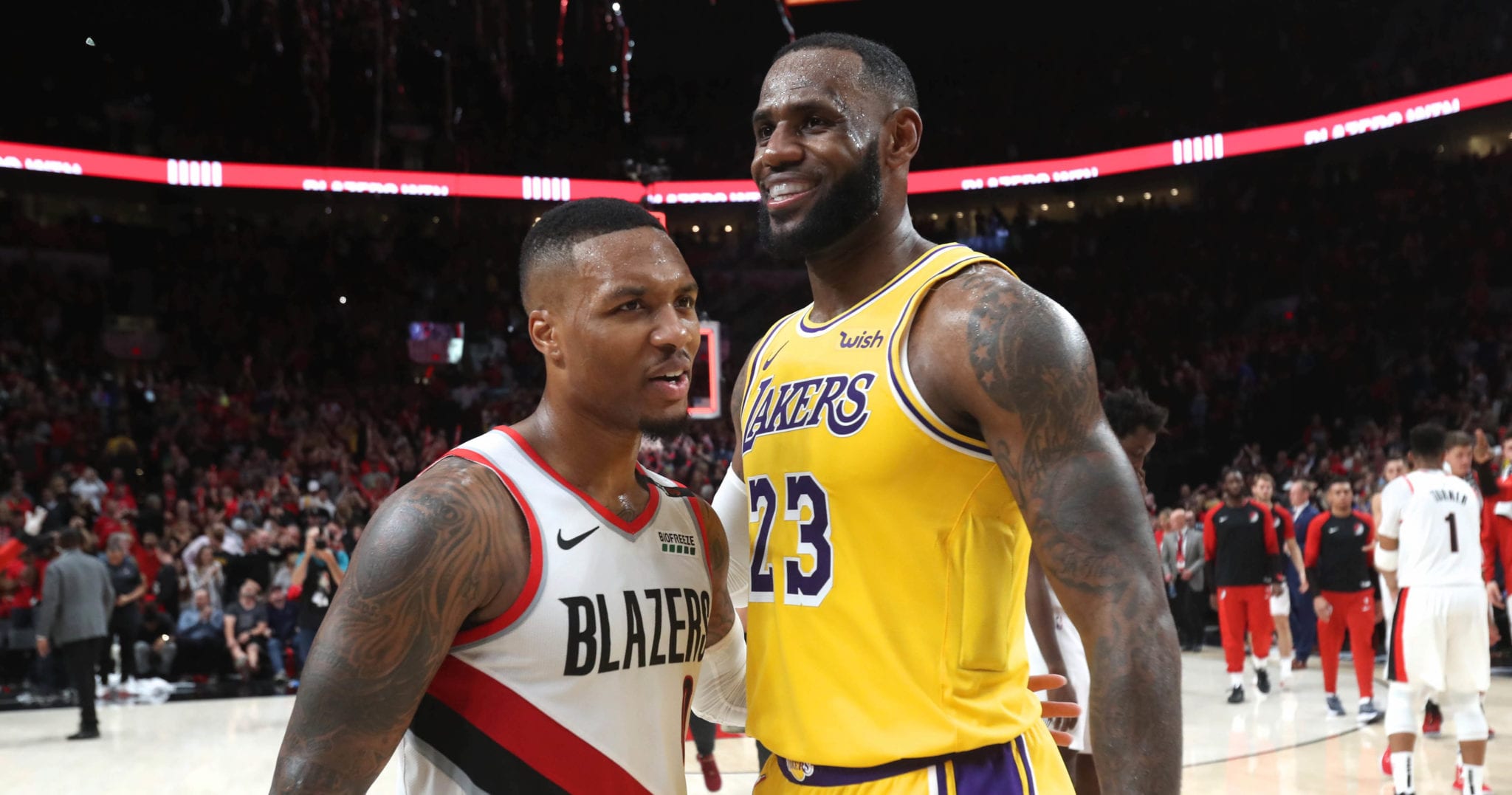 The Los Angeles Lakers are set to begin their first round match-up against the Portland Trail Blazers on Tuesday night, and LeBron James says he isn’t taking the competition lightly.

“[Portland’s] not your typical eight seed,” James said to reporters on Monday, via Taylor Rooks of Turner Sports.

Portland had to fight tooth and nail to get into the playoffs after starting the season slow.

But due to the league’s suspension of play, the Blazers were able to get their players healthy at the perfect time.

I asked Lebron for a scouting report on the Blazers and he delivered. pic.twitter.com/dm8XcCRCQ3

The return of big-men Jusuf Nurkic and Zach Collins has had a tremendous impact on Portland’s ability to attack the offensive glass.

But if the Blazers are going to beat the Lakers, they’re going to need guards Damian Lillard and C.J. McCollum playing at the peak of their abilities.

“They have a two-headed monster in Dame and C.J. It starts and ends with those guys,” LeBron said.

The Lakers are going to need LeBron to heat up after a cold start to bubble-play.