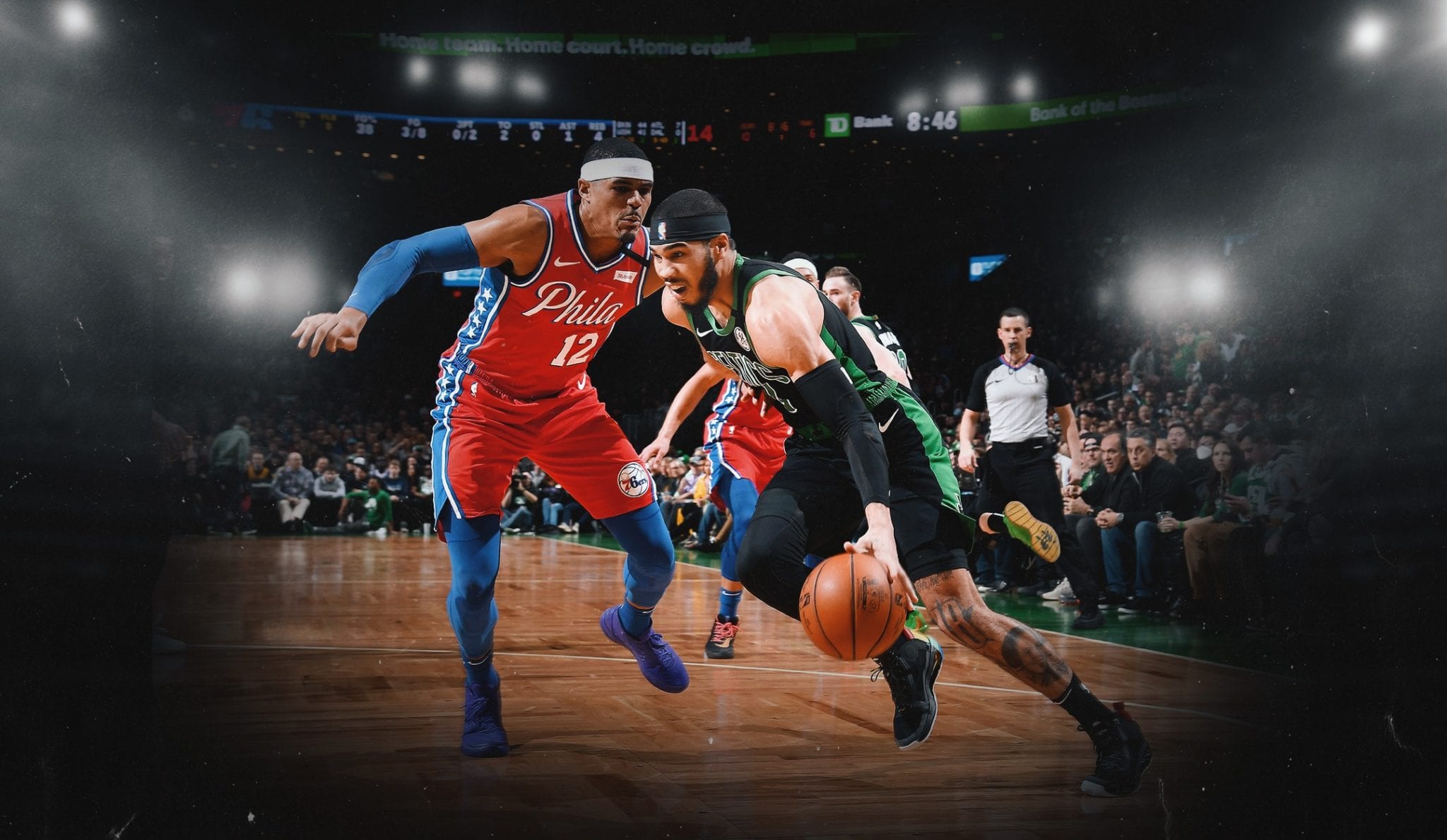 The most wonderful time of the year is right now; the NBA Playoffs! The longer than usual regular season grind is over, and we’ve got our first-round matchups in the can.

In Pennsylvania? Exclusive BetRivers offer, use code 250MATCH to get up to $250 in matched bonuses on your first deposit.

The 76ers went 4-4 in their eight bubble games with their wins coming against some of the weaker teams in San Antonio, Washington and the Magic. They also destroyed Houston who were in preservation mode.

While Philadelphia hasn’t set the world alight during their time in Orlando, they have kept the games in which they have been outmatched relatively close, with three of their four losses by less than 6 points.

Being without Ben Simmons would ordinarily be a huge blow for Philadelphia, but it might actually work to their advantage in this series. Simmons was picked apart by Brad Stevens the last time these two met in a playoff series in 2018. Our predictive model sees the Sixers keeping this close and covering the spread.

The Celtics will start -450 favorites to win this series, and with good reason. They enjoyed a four-game winning streak in the lead-in to the final match of regular season bubble basketball before going down to Washington, but we can all agree that those final games in the bubble games were about as farcical as a Harlem Globetrotters game with the amount of effort teams put into making them competitive.

Looking at these two teams on paper, the Celtics run deeper and are simply better. Don’t just count them on winning this game and series but going close to coming out of the East.

Since the Simmons’ injury against Washington, Philadelphia’s offense has been unlocked as they find more fluid avenues to the rim. The Sixers have averaged 120 points a game in the past five matches, and we expect that to continue against the Celtics who have been playing a similarly fast pace themselves, averaging 118 points in their eight contests since the restart. The over is the pick here.

New Jersey fans: Use the code DIMERS150 when you join William Hill to deposit $150 and bet with $310 instantly.

Philly, against all odds, have been a better team as they get away from the iso ball system that they relied on so heavily with Simmons. This will be a free-flowing contest that will stay close, but ultimately the Celtics will get off to a winning start on their crusade for their first title since 2008.