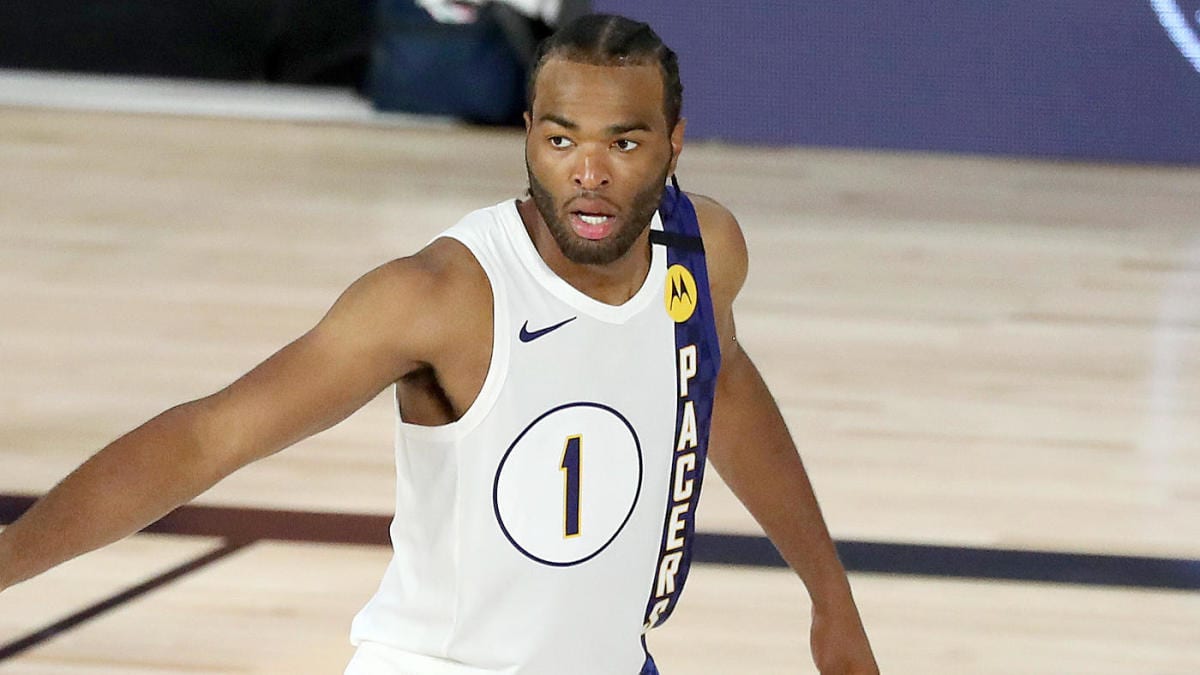 One of the hottest scorers in the Orlando bubble, T.J. Warren, received a day off on Wednesday.

Warren has been nursing plantar fasciitis in his right foot for some time so head coach Nate McMillan decided to give him a break before the playoffs begin.

“He had a little soreness there,” McMillan said. “We wanted to give him some rest on that. I will get the medical report on our guys tomorrow, and Friday we’ll make a decision on who is playing and how much they are playing,” via ESPN.

According to Tim MacMahon of ESPN, sources say that the plantar fasciitis is “not serious” and it will not keep him from returning for the start of the playoffs.

The Pacers are going to need Warren at the top of his game if they have any chance of making a deep run in the Eastern Conference playoffs.

Pacers all-star big-man Domantas Sabonis is also out with plantar fasciitis, although the severity of his injury is believed too be much more than Warren’s.

The Pacers will face the Miami Heat in the first round of the NBA playoffs starting next week.