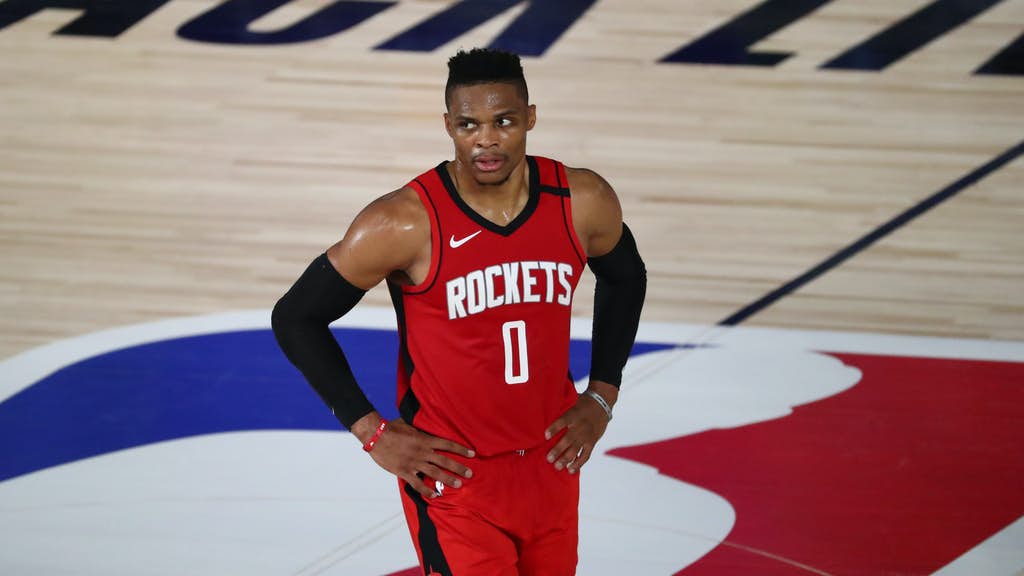 Houston Rockets All-Star guard Russell Westbrook may niss the start of the playoffs after an MRI revealed a strain in his right quadriceps muscle.

The Rockets finish out their seeding games against the Philadelphia 76ers on Friday, and the playoffs are set to begin next week.

Westbrook, in his first season as a Rocket, will be reeavaluted before teh playoffs tip off.

“We’ll see how it responds and everything, but we all hope,” Rockets head coach Mike D’Antoni said discussing Westbrook’s status for the start of the playoffs.

The plan was to sit out Westbrook for the Pacers game, a 108-104 loss for the Rockets earlier today, but with this development there won’t be a rest day in the regualr season.

Westbrook first felt soreness in his quad after a loss to the Portland Trail Blazers back on Aug. 4.

He missed the following two games after that one with a contusion in his quad.

Westbrook played 28 minutes in the loss to the San Antonio Spurs on Tuesday, while recording 20 points, 5 rebounds, and 6 assists.

“I don’t think he aggrivated it,” said D’Antoni.

“During the game and after the game, he was fine. He woke up the next day and was sore, so they’re checking it out to make sure it can respond to treatment. “We don’t know 100 percent right now, but he’s defintely going to be out Friday and then we’ll see.”

With the Houston Rockets, Russell Westbrook has averaged 27.2 points, 7.9 rebounds, and 7 assists per game.