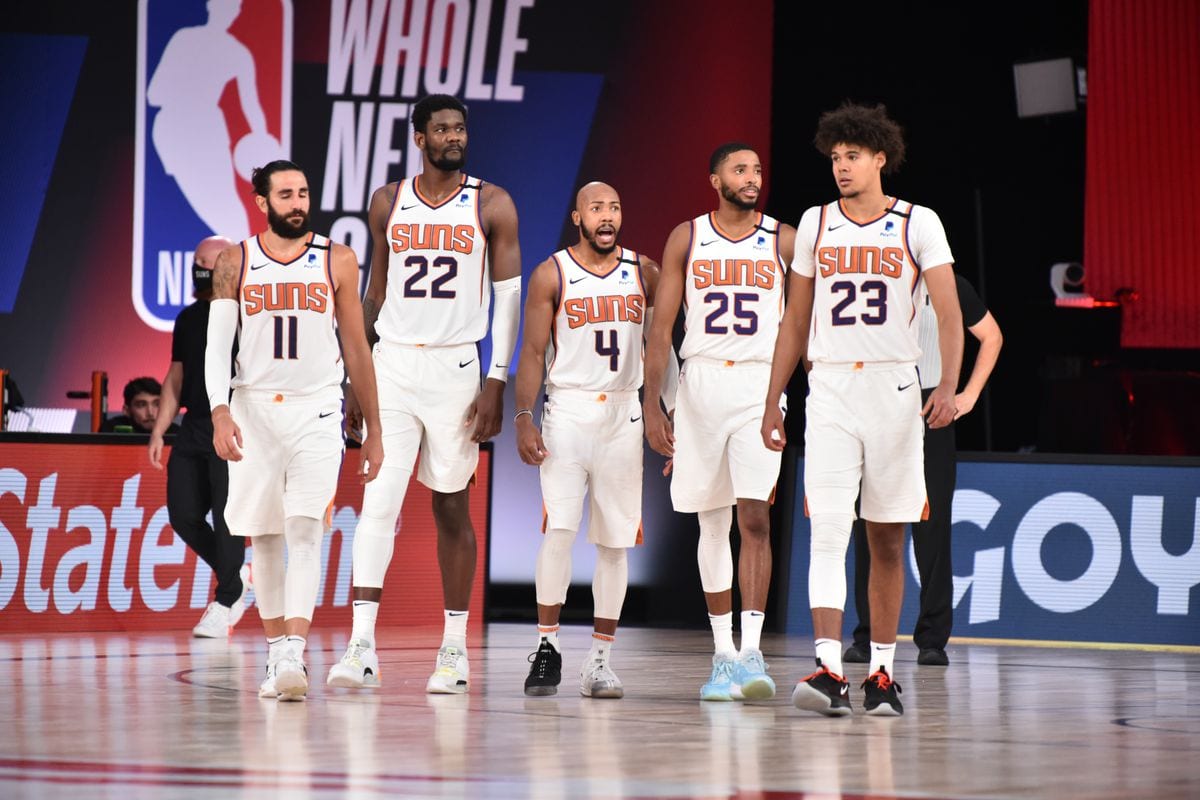 The Phoenix Suns did something truly heartwarming for their players while the team rides an amazing 6-0 record in the NBA restart games.

Like much of the league and its players, the Phoenix players and staff have been away from their families since arriving in Orlando.

In fact, it has been a full month since the Suns have seen their loved ones.

So to help the team get a taste of home, they decided to surprise the starting five by having each of their family members record videos for them.

The gesture was played out in the arena much to the delight of the players.

I’m not crying… you are

We surprised the team with starting lineups announced by their families at home 💜🧡 pic.twitter.com/xjtwYS7RN1

The Suns have been criticized for many things over the last decade, but this gesture was a great touch for an already difficult situation for these players.

The excitement and confusion could be seen on the Suns’ players faces as the lineups were being introduced.

From Deandre Ayton trying to make out his sister’s voice to Mikal Bridges and Cam Johnson’s excitement, it was all great to see.

With this beautiful gesture from the Suns, other teams in the bubble will want to keep their players emotionally healthy with similar gestures.

Even the great LeBron James was impressed by the Phoenix Suns organization for the kindness displayed towards their players.