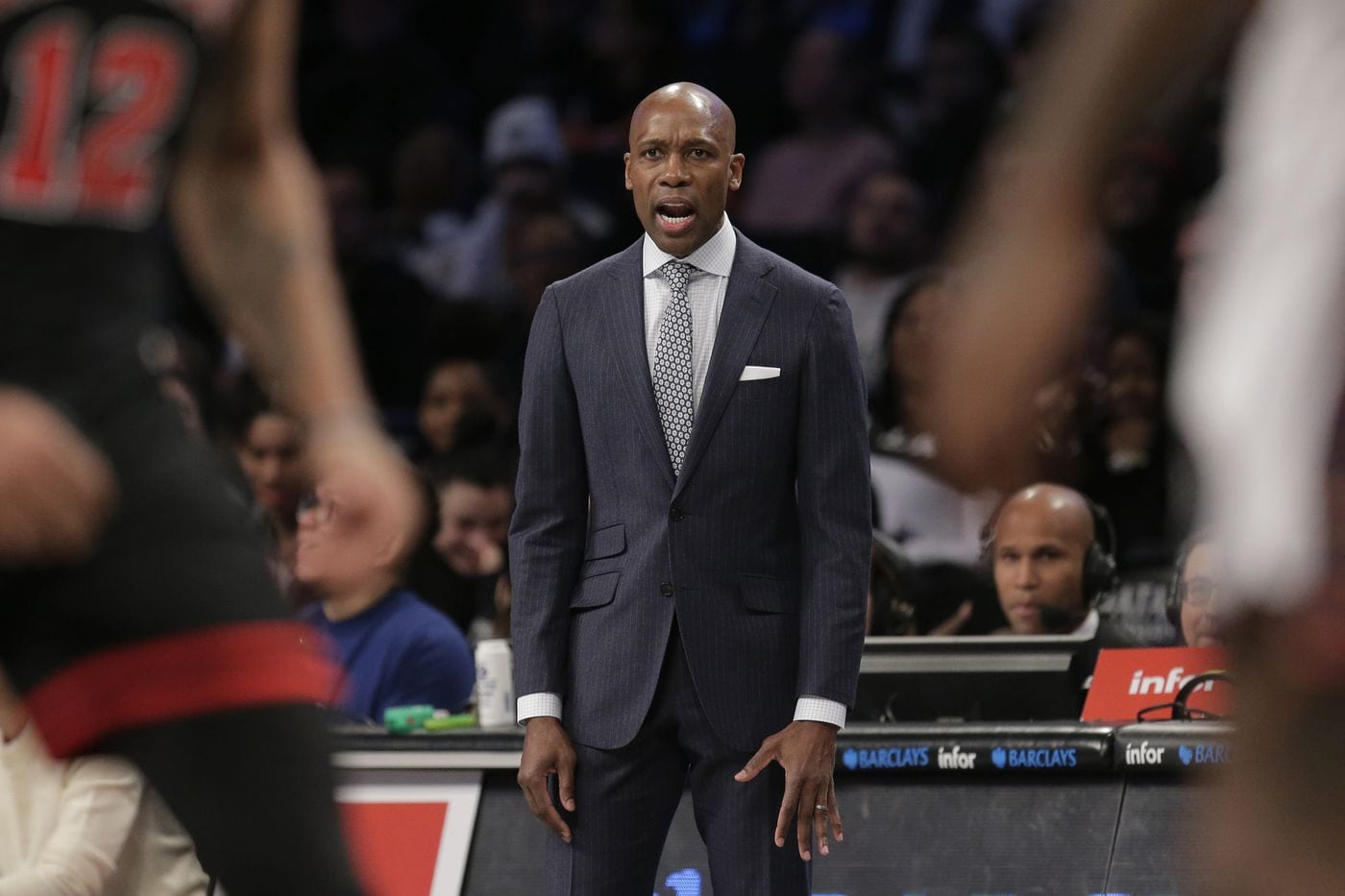 You wouldn’t know it from their bubble success, but the playoff-bound Brooklyn Nets need a head coach.

Interim coach Jacque Vaughn, who took over after Kenny Atkins stepped down just before the coronavirus stopped league play, is in the running, but the Nets are checking out several other candidates too.

The Athletic’s Shams Charania reported that Nets’ owner Joe Tsai wants to launch a full-scale search at the end of the season.

Charania said the Nets are looking for someone who will fit in with the team and “build their culture based on relationships.”

However, that search may start later rather than sooner as the Nets, minus Kyrie Irving and Kevin Durant, head into the playoffs with a 4-2 record in the seeding games.

Overall, the Nets went 7-2 under Vaughn’s leadership, and 5-2 in the bubble.

Brooklyn’s strong play increases the possibility that Vaughn could stay on as head coach.

Players Garrett Temple, Caris LeVert, and Jamal Crawford have all spoken out in support of the coach.

All of the Net’s possible picks come with experience.

Vaughn played 12 seasons in the NBA before becoming an assistant coach with the San Antonio Spurs.

Kidd was coach of the Nets during the 2013-2014 season before leaving for Milwaukee.

Lue was a two-time NBA champion as a player with the Lakers and later won as coach for the Cavaliers in 2016.