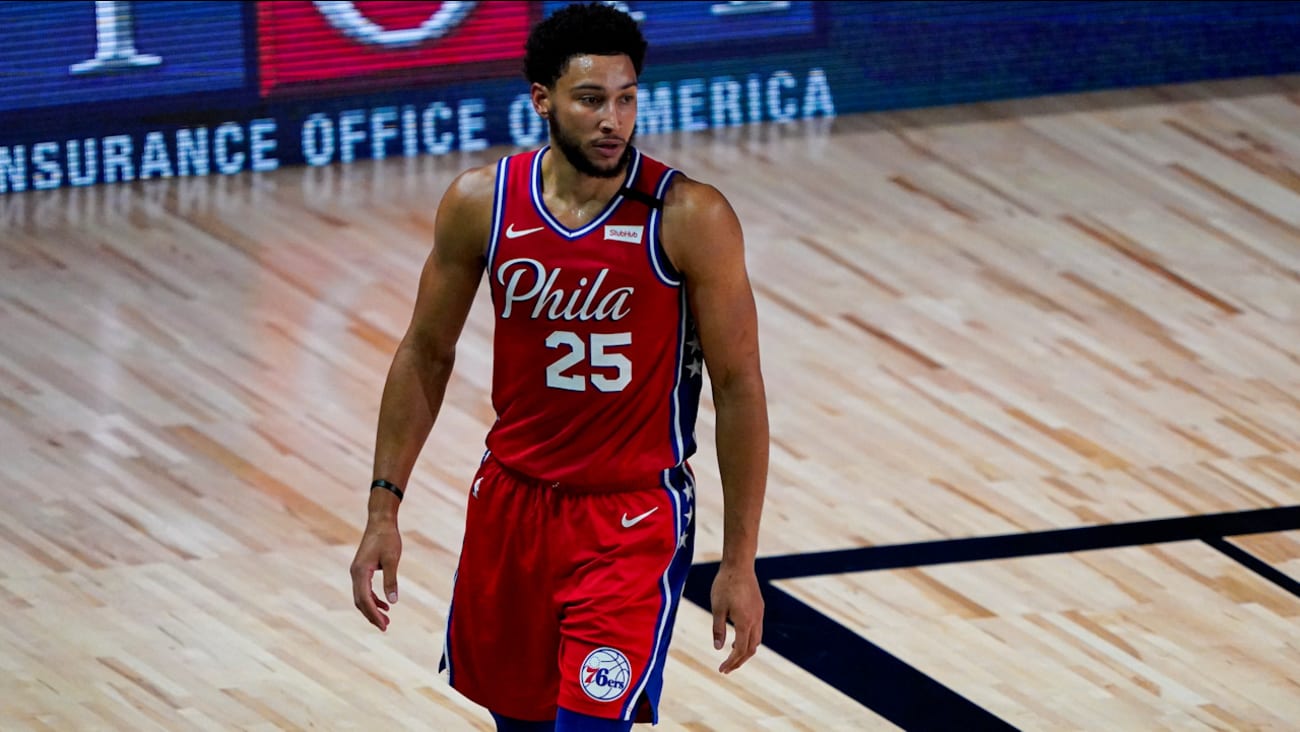 The Philadelphia 76ers’ title aspirations took a hard hit after Ben Simmons injured his knee during Wednesday’s 107-98 win over the Wizards.

Initially listed as day to day, Simmons is now out indefinitely after being diagnosed with a subluxation of his left patella.

Ben Simmons headed to the locker room after a left knee injury.

The 76ers had high hopes of bringing Philadelphia its first title since 1983, but now the team finds itself against the ropes after losing the 23-year-old All-Star.

Simmons was averaging 16.4 points, eight assists, and 7.8 rebounds this season before missing the last eight games with a pinched nerve before the COVID shutdown.

“This one stings, for sure,” said Sixers’ head coach Brett Brown. “We all felt like, with the pandemic … it obviously bought time for Ben. And had the season kept going, it was anybody’s best guess.”

"This one stings, for sure… In relation to sort of being incredibly down about it, I'm not. When I think too long about it, probably, I can go there. But I feel numb to it. I feel conditioned, that we've gone through this type of thing before”@6abc https://t.co/Nzu7lsQpVv pic.twitter.com/ObIOwSoKBC

Simmons had been moved to power forward with Shake Milton at point guard.

“Ben is an incredible player, an incredible athlete. … A super human. So hopefully he’s able to heal superfast and get back out on the court, because we need him,” said Milton.

Coach Brown will have to retool the first string once again.

“If I had to tilt one way or another, I will pair them,” Brown said of [Al] Horford and [Joel] Embiid, to ESPN. “ … We’ve played around in game planning and spitballed what this actually looks like now. If you made me weigh one area or the other, I would pair them.”

Regardless of who fills the starting five, the Sixers will have to raise their game to make up for Simmons’ absence.

“Guys will pick up the slack, and when we get him back, he’ll fit back in seamlessly, said guard Josh Richardson.”

Coach Brown said he has faith in the rest of the team, and hopefully, Simmons will return this season.”