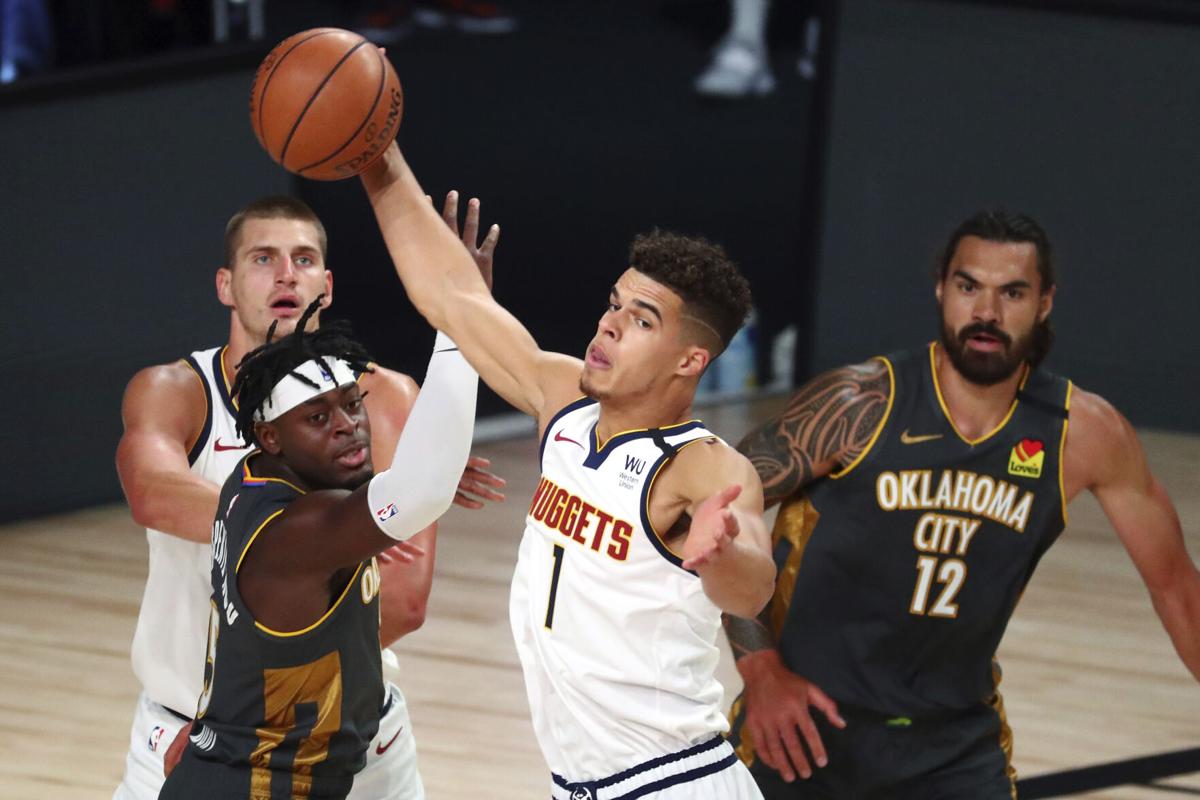 The Denver Nuggets needed a win, and they got one thanks to a career performance from Michael Porter Jr.

The second-year forward put up a career-high 37 points and added 12 rebounds as the Nuggets defeated the Oklahoma Thunder 121-113 in overtime.

Following the game, Porter Jr. shared the secret to his success with Nuggets announcer Kyle Speller.

“I just wanted to bring energy, not worry about scoring or anything I just wanted to empty it all out. And get back on defense every time, spread the floor, and get to the corner, and I knew from there it would take care of itself,” said Porter Jr. “I’ve been playing basketball a long time, playing with Jokic, and Paul, and them it’s easy. All I gotta do is bring the effort every game like I did tonight.”

"Playing with Jokić and Paul and them, it's easy. All I gotta do is bring the effort every game like I did tonight."

It was a much-needed win for the Nuggets who stumbled in their first few outings.

The team was short three starters, but between Porter Jr.’s performance and Nikola Jokic’s 30-point, 12-rebound, 10-assist triple-double, they pulled out the win.

“We just really wanted to pick it up from the last game. We didn’t feel we played 100 percent effort last game, and that can never be, never be the case. So today, we just wanted to leave it all out there, and we came out with the win and a good game.

“It feels great. We needed that. We had lost a couple of scrimmage games, lost our first real game, so to come out here tonight and get a big win, it was great for us.”

OKC won’t get a break.

They face the Lakers on Wednesday while the Nuggets go up against the San Antonio Spurs.