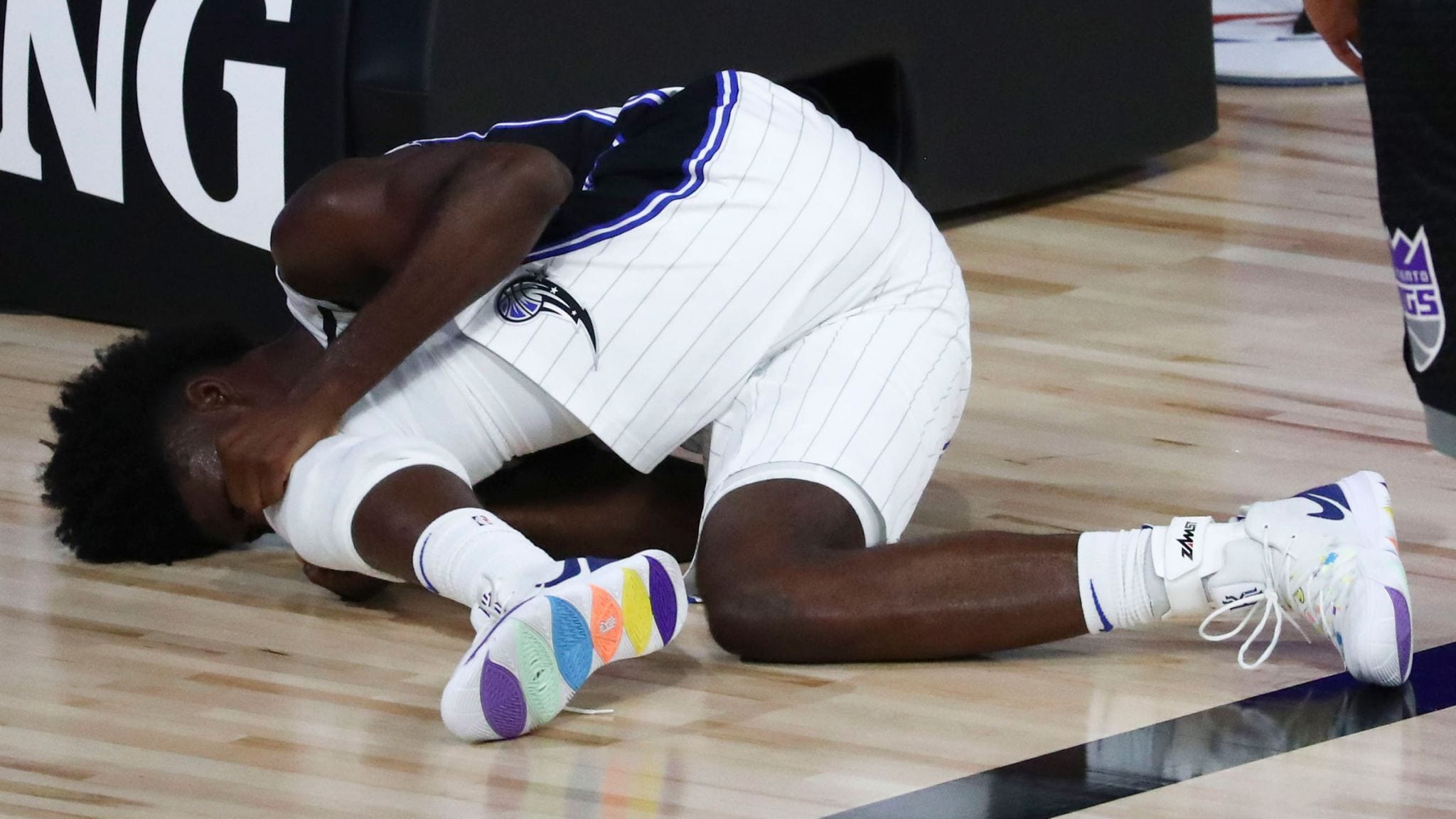 Orlando Magic forward Jonathan Isaac tore the ACL in his left knee on Sunday in a devastating blow for the young big man.

Isaac collapsed to the floor in agony after doing a hop step between two defenders against the Sacramento Kings.

He was then wheeled off the floor in heartbreaking scenes with his head in his hands.

It was Isaac’s second game back since he hyperextended his left knee against the Washington Wizards on January 1.

“That was ough, man,” teammate Aaron Gordon said, per ESPN.

“That one brought me to tears, and instantly — just because I know how good of a guy J.I. is and how hard he works and how hard he has worked to get back since hurting himself in D.C. That was tough.”

Isaac is now expected to miss a significant portion of next season, with such a small break between this season and next.