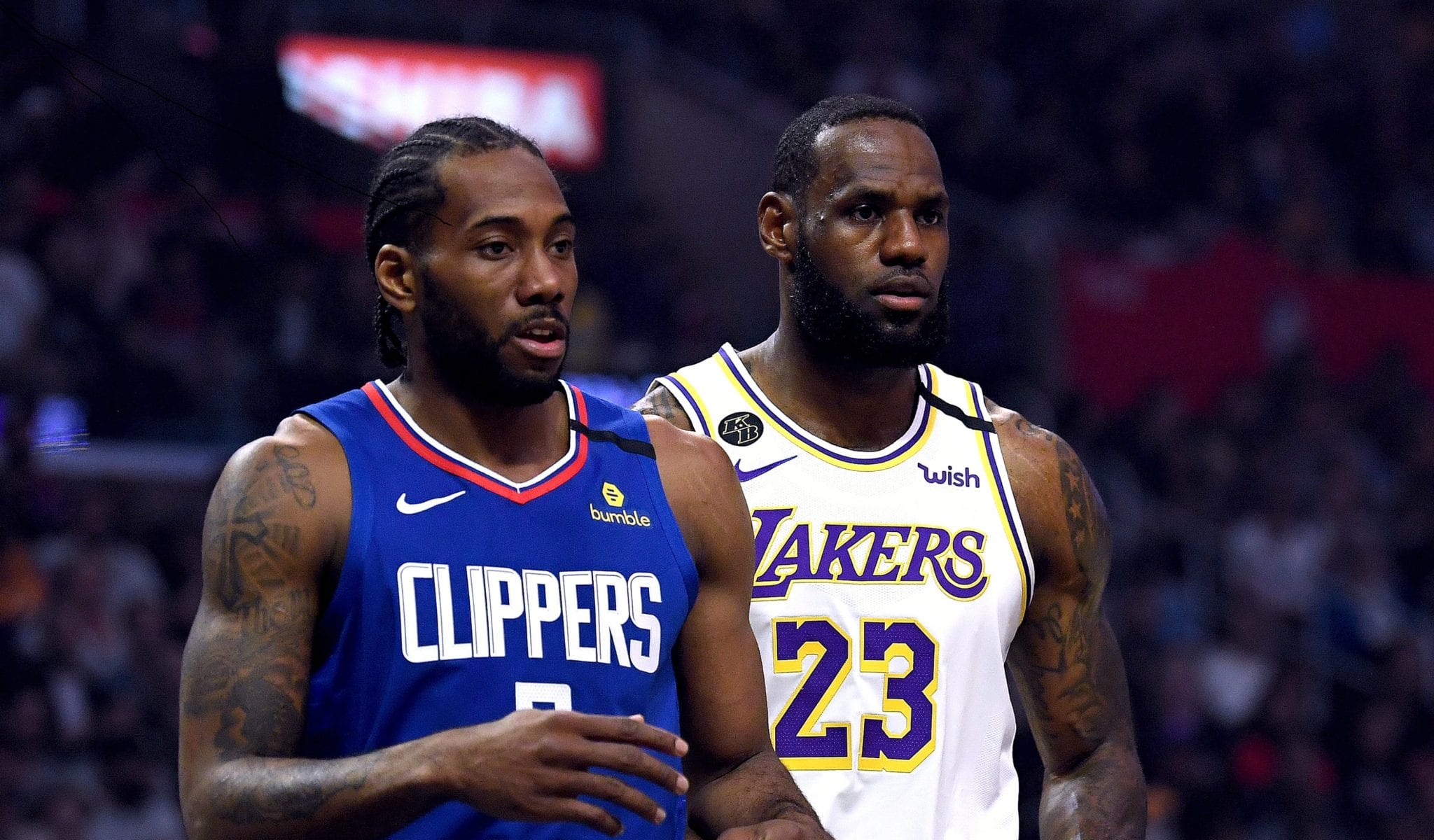 The Battle of LA resumes as LeBron and Kawhi meet again in the season relaunch.

WHAT YOU NEED TO KNOW ABOUT THE GAME

Opening night was headlined by The Battle of LA, and the first day of action in the NBA’s Disney World bubble will feature more of the same.

Things didn’t go well for the Lakers in their first two matchups against their crosstown rivals, with the Clippers winning those games by 10 points and 5 points respectively.

LeBron James had just 18 points in that first game and the Clippers managed to win without Paul George.

But that was early days, and when these teams played their third and most recent game against each other, James and Anthony Davis went off for a combined 58 points.

When those two guys are their absolute best, there’s nothing that even Kawhi Leonard and Paul George can do about it.

Great offence beats great defence every day of the week.

It’s important to note that due to injury, Anthony Davis is no guarantee to play in this game.

But he told reporters early Thursday morning (Australian time) that the current plan was for him to suit up.

“I’ll get evaluated again tonight by one of the doctors here and kind of get an update from them,” he said.

Meanwhile, the Clippers will be severely shorthanded with their two Sixth Man of the Year candidates Lou Williams and Montrezl Harrell sitting this one out.

Fellow Clipper Patrick Beverly is currently quarantining in his hotel room and is listed as questionable, but he is considered unlikely to play.