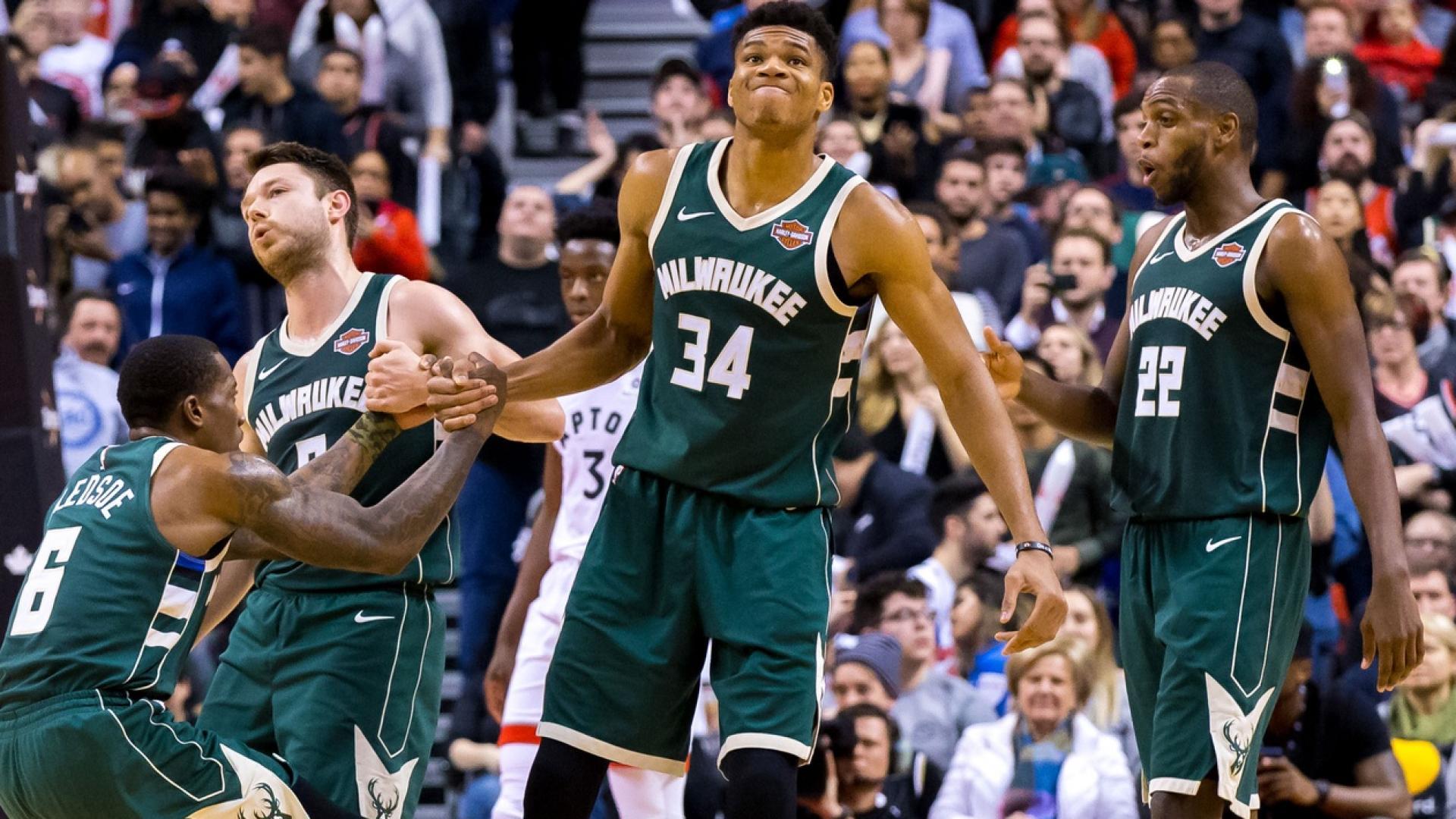 After a very long wait and highly-anticipated return, the league-best Milwaukee Bucks return to the court Friday, but the team will be without Eric Bledsoe and Pat Connaughton.

Bucks head coach Mike Budenholzer announced the two players would not suit up against the Boston Celtics on Friday.

Both players contracted coronavirus and are still getting back into game shape.

Full squad in the bubble. pic.twitter.com/UsWPi5SOha

“Everybody else is getting ready to play in a live game and have had 10 to 12 to 14 days of probably 5-on-5 every other day and individual work and all that, so I think giving Bled and Pat a couple of 5-on-5 sessions at a minimum and getting some 3-on-3 in other situations or days.

“They just need to play, so I think that’s a big hurdle, and with playing will come both conditioning and their rhythm, so we’re going to make sure they get some of that before we put them in an NBA game.”

Both players missed all three of the Bucks’ scrimmage games.

Bledsoe, a member of the 2019 NBA All-Defensive First Team, as well as Connaughton, will be sorely missed on defence.

“Obviously, both Eric and Pat are great players that bring a lot to the team defensively, both of them, and offensively,” Giannis Antetokunmpo said.

“They’re super aggressive, they can knock down shots, but at the end of the day, we’ve got to do what we’ve got to do. We’ve got to go out there and compete, and I think guys are going to step up.”