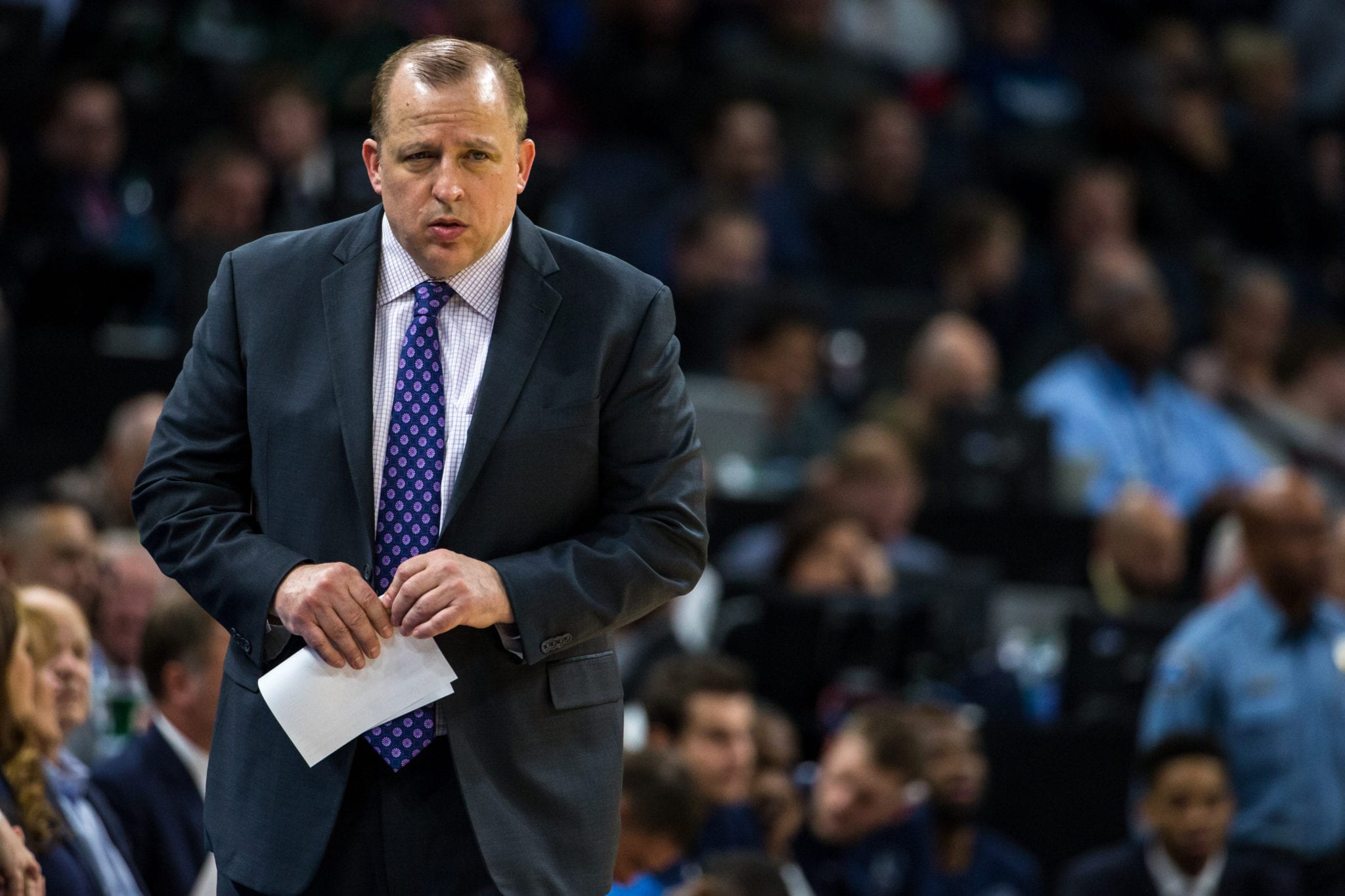 The New York Knicks are finalizing a five-year deal that will make Tom Thibodeau the team’s new head coach, per a report from ESPN‘s Adrian Wojnarowski.

According to sources, the deal is nearly complete, and ink will be put to paper soon.

ESPN story on the Knicks and Tom Thibodeau finalizing terms on a five-year deal as head coach: https://t.co/LKFnzZUOQA

Thibodeau’s last coaching job was with the Minnesota Timberwolves, but he was dismissed by ownership after struggling to find sustained success.

Over the years, Thibodeau has developed a notorious reputation for his aggressive coaching style.

Although Thibodeau took the Timberwolves to their first playoff series in 14 years his time in Minnesota was rocky, and he was eventually let go in 2019 after comprising a 97-107 record.

But Thibodeau’s stint in Chicago was incredibly successful, earning coach of the year honors in 2011, guiding the team to the Eastern Conference Finals, and finishing with a 501-245record.

New York is undoubtedly hoping that Thibodeau will instill a winning culture back in the Knicks locker room.

The Knicks went 21-45 this season and failed to reach the playoffs for the seventh straight year.

The team has had a winning record just three times since the year 2000.

Thibodeau isn’t the only new addition to the Knicks organization — longtime agent Leon Rose was recently hired as the team’s new President.

If the Knicks are going to have any chance of returning to the playoffs in the coming years, they’re going to need Thibodeau and Rose to change the losing culture that has plagued the organization the past two decades.