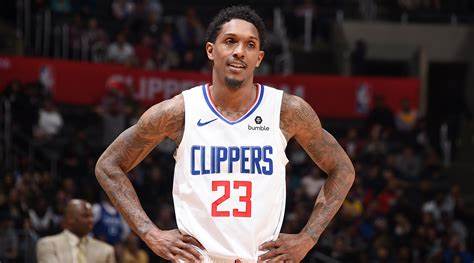 The  Los Angeles Clippers are pretty thin in the bubble after Lou Williams, Patrick Beverley, and Montrezl Harrell all departed.

The three players, all vital pieces to the Clipper’s success, cited various reasons for their abrupt exits but expect to rejoin the team.

Beverly had to tend to an emergency personal matter, Harrell had a family emergency, and Williams left for personal reasons.

Lou Williams did not practice today with the Clippers. A source tells @latimessports that Williams has left the NBA bubble for excused personal reasons and is expected to return soon.

If the 2019-20 season wasn’t already unprecedented after play was put on hiatus for several months, resuming play quarantined in a bubble has been a challenge for all the teams and players.

Some absences aren’t covered by the quarantine process, so players could miss games and practice when they’re quarantined upon their return.

There will be no quarantine for that.

But other matters may not be covered as the NBA starts to get a handful of requests.

Clippers coach Doc Rivers said it’s very common for players to miss practices with personal matters, however, the bubble situation makes the impact of those absences much greater.

It’s no longer enough to ‘make it back by game time.’

Players could be jeopardizing playing if they return and have to enter mandatory quarantine.

The league continues to enforce protocol to ensure the safety of the bubble.

So far they have been successful with the latest round of tests coming up negative for players and staff.

So far, so good as the league prepares for the official restart next week.