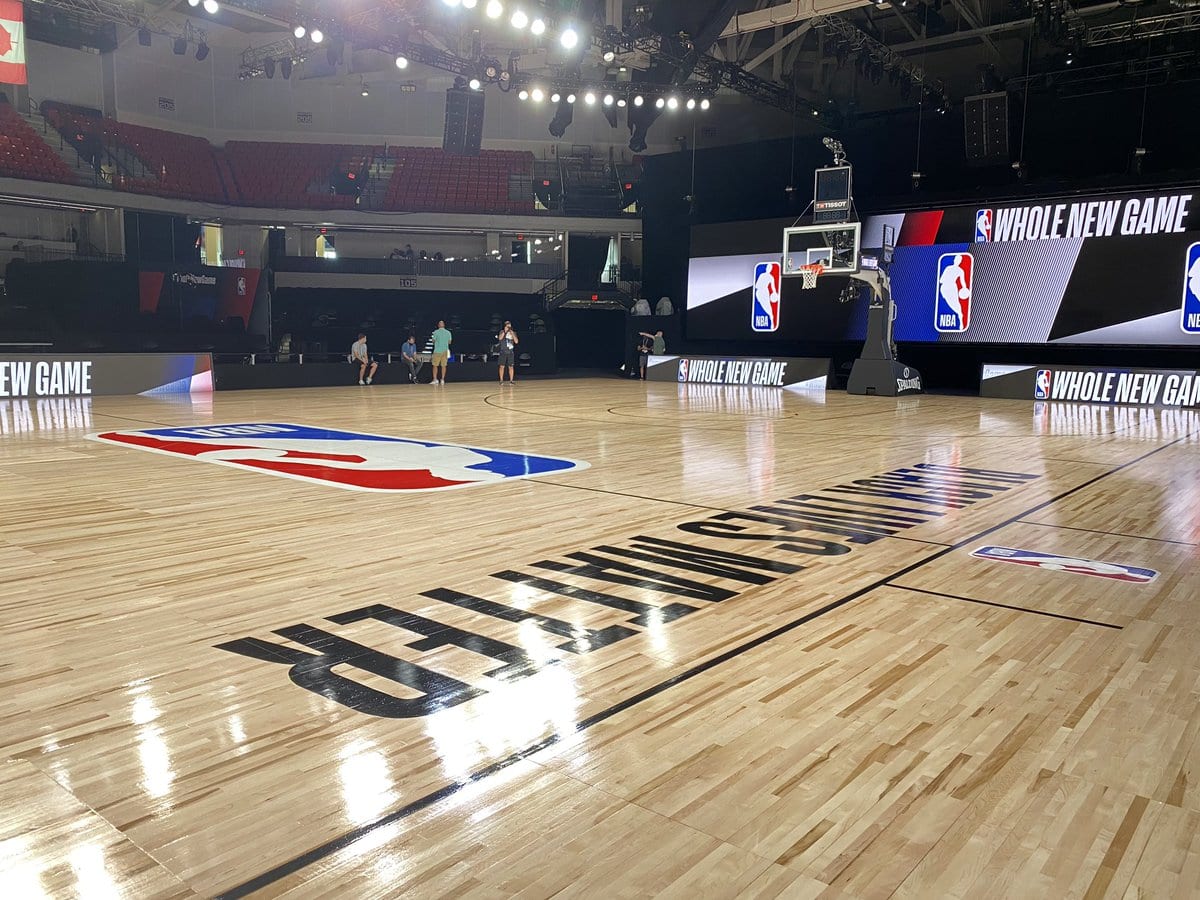 The NBA will deliver on its promise to the league and its players by printing “Black Lives Matter” on the game court to be used in Orlando for the restart.

On Tuesday, the league revealed the new court, giving reporters in the “bubble” a tour.

Black Lives Matter is displayed in a large, glossy black print on the court floor.

Here is the NBA restart court in Orlando: the spaced out chairs are the socially distanced bench, Black Lives Matter is written on the court. pic.twitter.com/XGJu1w4QLC

Game broadcasters will not be at their usual sideline table at center court.

Instead, they will be enclosed in Plexiglas panels that will create seperation between them and the players.

As for the players and coaches, they will be spread out by folding chairs that are six feet apart in the teams bench area.

The entire court will be surrounded by large video screens that will display virtual fans signage like “make noise” could pop up, much like they do on an NBA arena JumboTron.