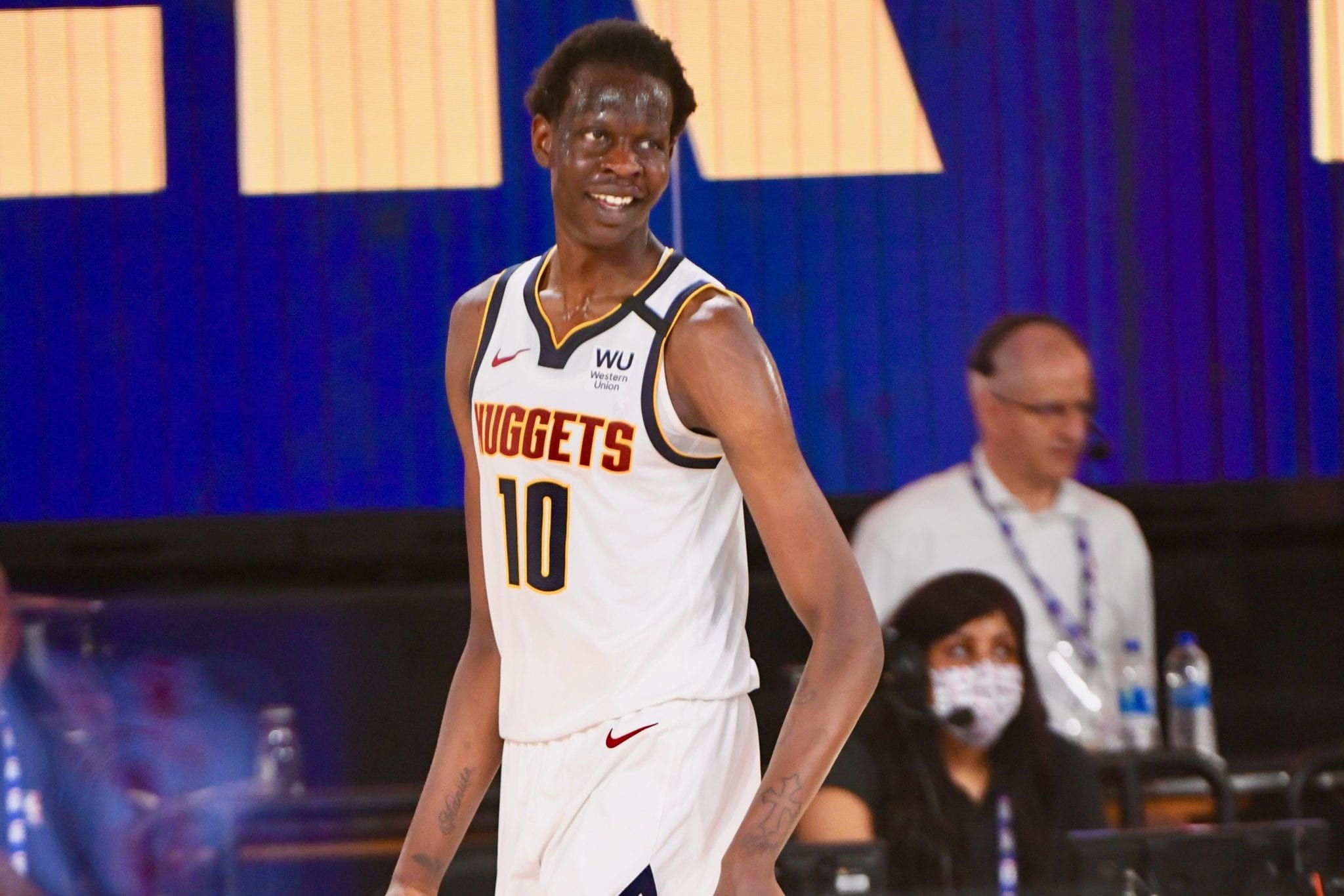 The Nuggets entered the game shorthanded with only eight players available.

The 7-foot-2 Bol started at small forward, with Nikola Jokic running the offense at point and Jerami Grant at the shooting guard spot.

Bol suited up for the Nuggets for the first time this season after spending most of his rookie year in the G-League.

The game was just 40 minutes, but Bol played 32 of them and made the most of his opportunity.

At one point, Bol scored on a one-on-five fastbreak.

Bol Bol had him slipping 👀 pic.twitter.com/aCHScm1yif

Bol was even handing off assists.

It was an impressive performance for the rookie considering his limited play since high school.

Bol was only in eight total G-League games and played just nine games as a freshman at Oregon.

The Nuggets may have gotten lucky with the second-round pick who has a 7-foot-9 wingspan and a much more diverse game than many realized.

Bol is the son of former NBA player Manute Bol who spent nine years in the NBA, his first three with the Washington Bullets.

The younger Bol and the Nuggets play again on Saturday against the Pelicans.