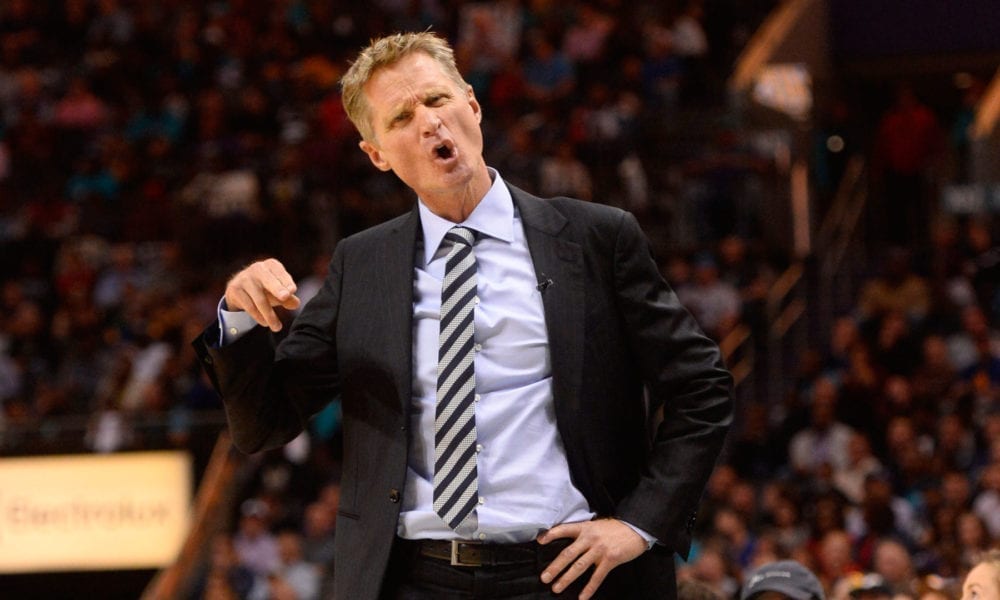 Donald Trump sent out a tweet after the San Francisco Giants kneeled during the National Anthem in an exhibition game. Steve Kerr sarcastically gave his view on that not too long after. Kerr who has never been a fan of Trump responded to his tweet.

Kneeling for the anthem has become a hot topic, as athletes across all sports are continuing to do so. They’re showing their fight towards social justice. Trump has never been high on that message and has used Twitter to call out athletes for doing so.

It will become more popular over time as sports begin to get back in full swing. Athletes in the NBA now can use social justice names on the back of their jerseys. It will be interesting to see if any players kneel in the NBA, many players in the past have held up a fist in response to social justice.

MLB became a topic for discussion when then Oakland Athletics catcher Bruce Maxwell kneeled in 2017 for a game. He received a lot of press for it. He ultimately was out of the league not too long after that and hasn’t played in the MLB in almost three years.

Kerr continues to show his disapproval of Trump by saying he wouldn’t mind if the President stopped watching sports. Kerr is using his platform in the way that he wants too.

In the end, kneeling for the anthem will continue to be a hot topic. Many agree with it and many disagree with it. So there will always be sparks on both sides.

Related Article:  The Best Ben Simmons Roasts After Latest Round of Drama
-->