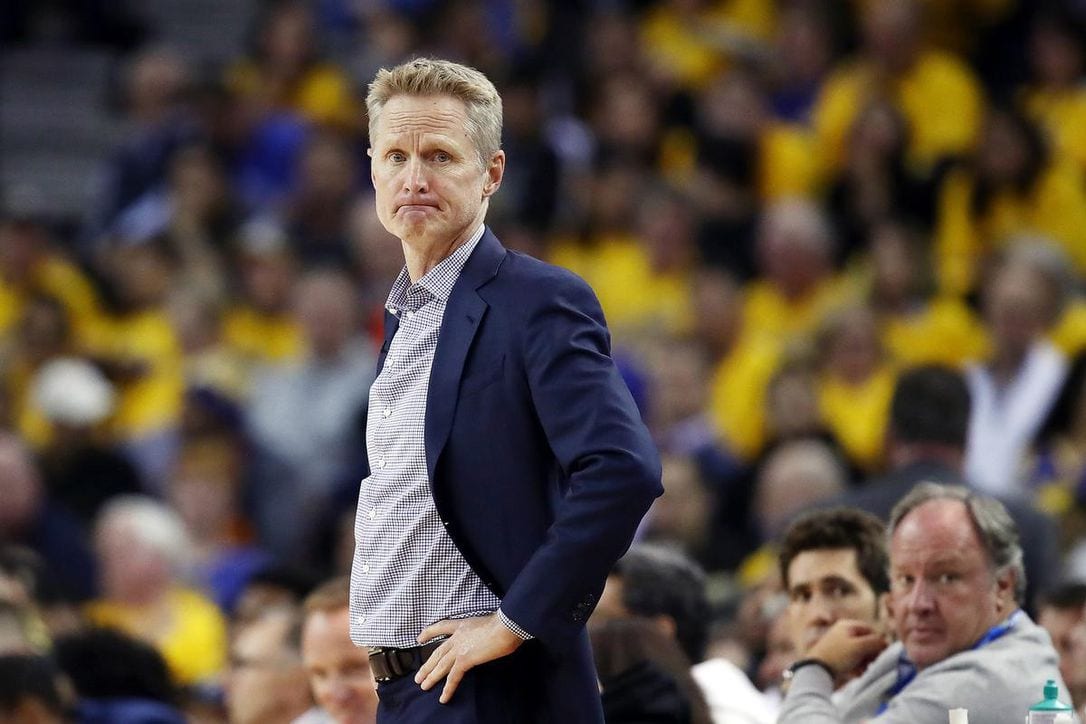 Steph Curry and Steve Kerr have three championships together but Kerr wasn’t always a fan of his superstars shot selection.

Curry changed the way the game was played by pulling up from all spots on the floor.

Sometimes he would do so double-teamed.

“He changed my understanding of what was a good shot and what was not,” Kerr explained Friday on 95.7 The Game’s “Damon, Ratto & Kolsky.”  ” … The first couple months that I coached Steph, half the shots that he took, I could hear my old coaches’ voices ringing in my head saying, ‘That’s a bad shot. That’s a bad shot.’

Curry never met a shot that he didn’t like.

His precision has made him one of the all-time great shooters in the league and has led him to put up some historic numbers along the way.

Kerr mentioned that there were quite a few times that Curry would shoot a contested 3-pointer from 30 feet and the coach would get frustrated.

But as time progressed the coach saw the impact Curry made on the game and the offense he created.

Curry would make a dazzling play in 2015 that completely fooled the entire Los Angeles Clippers team and then nailed a shot.

It impressed his coach so much that he would never question Curry’s shot selection ever again.

‘OK, these are actually good shots.’ Because they were never good shots for anybody else who had ever played the game.” Kerr said.

Curry and the Warriors aren’t participating in the NBA bubble this summer, but fans can only expect the team will be ready and anxious to contend for the title next season.