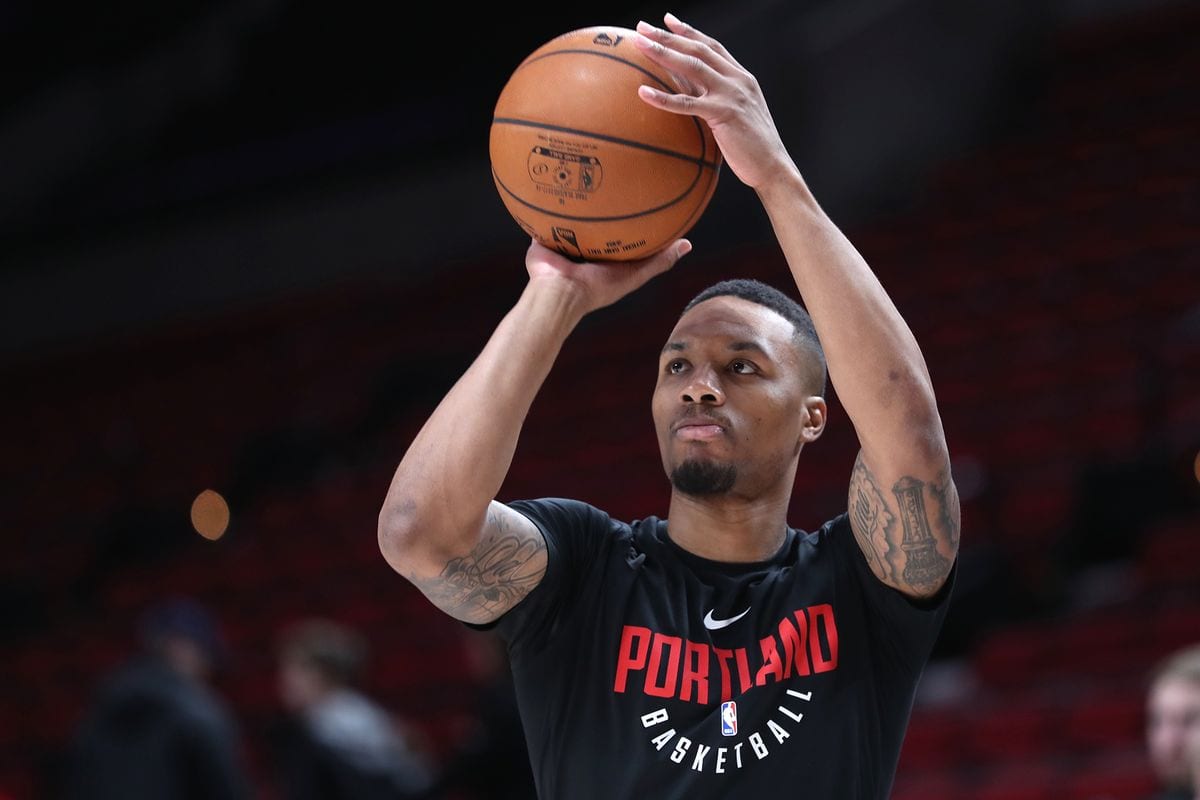 Upon finishing his hoops duties, Lillard spends his downtime working on his other passion, which is music.

The resort, which is designed as a bubble environment, to protect against COVID-19 pandemic, has features such as walking trails, a bowling alley, and a lake to fish.

Lillard’s Blazers are chasing the eighth-seeded Memphis Grizzlies for the final playoff spot in the Western Conference.

As for Dame D.O.L.L.A, he will be busy laying down new tracks when he is not occupied as Damian Lillard on the basketball court.

In fact, Lillard’s goal is to make his rap name as famous as his basketball name, much like how Donald Glover has won multiple Emmys as an actor and multiple Grammys as his alter ego, Childish Gambino.

“That’s the point I want to get to,” said Lillard.

“I admire him with how he’s established himself into two different lanes. People respect him in each lane. That’s my goal.”

In Lillard’s room, there is a microphone perched on a stand, headphones, a laptop with recording software, and audio interface to control everything.

He says its a “simple” set up, but that it is good enough for him to create music in a room where he can isolate himself.

Upon the restart, Lillard will have the words “How Many More?” stitched on to his jersey.

While not considering himself an activist, Lillard wants to express his feelings on the good and negative matters impacting his community.

He will release his new song and music video “Home Team” on Friday.

It takes a village!

My new video for #HomeTeam is out now. Celebrating family, friends, loyalty and what we can build when we stick together.

My connection to Portland is deeper than just basketball. We from Oakland, but we’ve made Portland our home… https://t.co/WUtGLHSnWY pic.twitter.com/BVnzq4jeR9

The song pays homage to his family and closest friends whom he helped start their entrepreneurial journey.