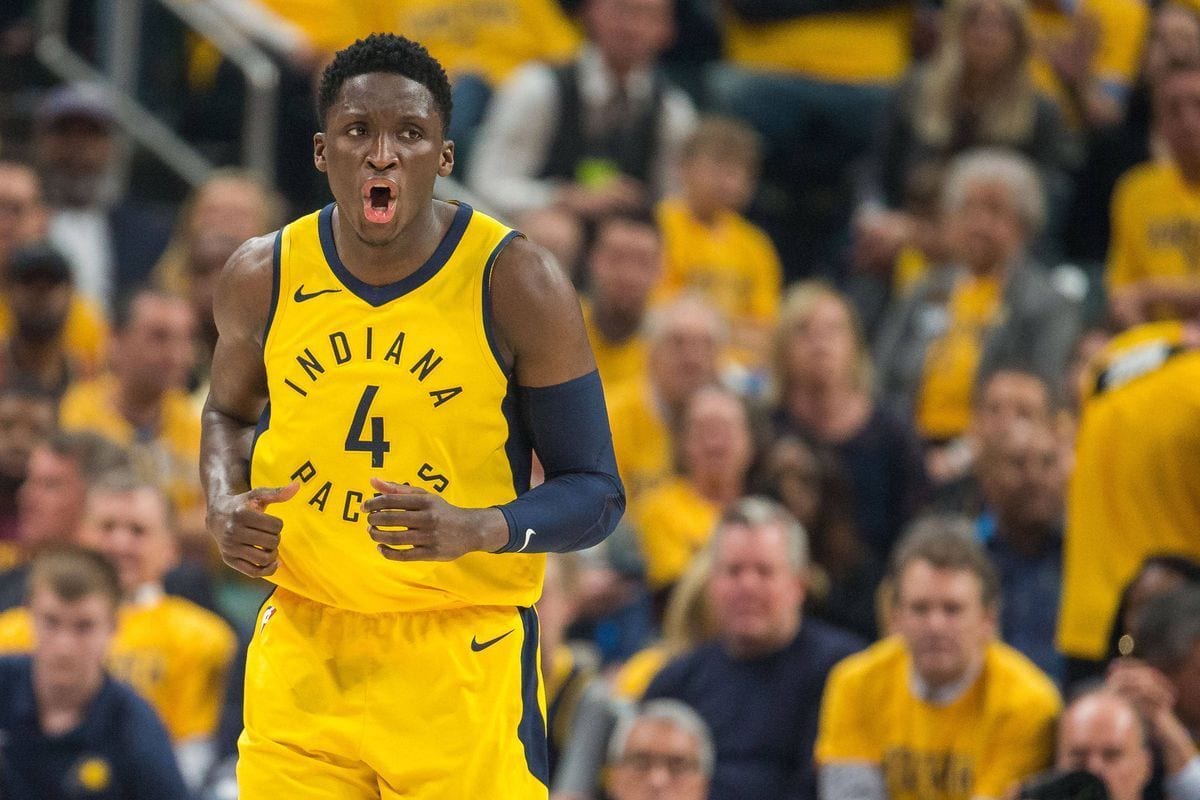 Just weeks after announcing that he was opting out of the NBA restart in Orlando, Indiana Pacers guard Victor Oladipo say he now plans on playing.

Oladipo suffered a gruesome quad injury back in 2018, and has been rehabbing various injuries since then.

It seemed decided, both at an individual and organizational level, that Oladipo would sit out the restart.

But Tuesday, it was reported that Oladipo would not receive the $3 million remaining on his contract if he sits out.

Oladipo contested that his injuries precluded him from playing at 100% percent, but the league did not agree.

Over the past week, Oladipo has been practicing with the team in Orlando.

On Wednesday, Oladipo faced reporters to answer questions regarding his plans on returning.

Some players in the bubble have been forced into a tricky situation — one in which contract extensions loom on the horizon.

Oladipo has one year remaining on his contract.

Should Oladipo suffer another injury, he could stand to lose tens of millions of dollars.

“I haven’t talked to them [about contract security]. I don’t have any control of that. I’m just focused on my knee,” Oladipo continued on to say.

If Oladipo is able to return to the Pacers in all-star form, the team might have a chance at making a dark-horse run in the Eastern Conference.