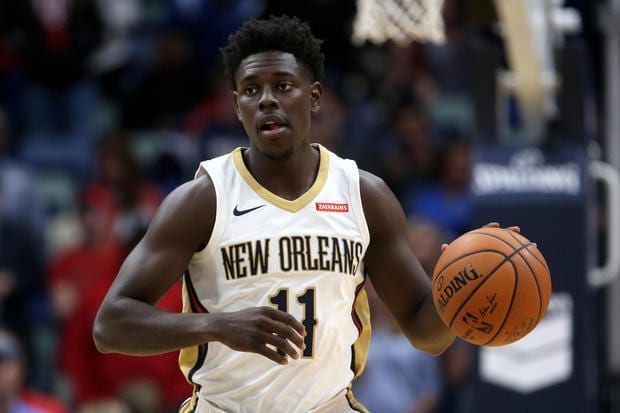 Jrue Holiday and his wife Lauren are stepping up in the fight towards social justice. They will be donating their salary to help start a social justice fund. Many athletes have participated in protests, now they’re starting to donate.

Players are looking to stay engaged any way they can especially with them now being in the bubble. That raised a lot of concerns on if players would be able to have the same impact while being away from everything.

The NBA allowed players to put social justice messages on their jerseys for the restart. Now players are donating while they can’t protest with others.

The Holiday’s are creating a fund called the Jrue and Lauren Social Justice Impact Fund. Jrue has committed the rest of his salary this season towards it which could be up to $5.3 million. That includes the eight regular season games and then any potential playoff games that follow.

Patty Mills of the San Antonio Spurs and Dwight Howard of the Los Angeles Lakers are also donating their salaries to causes. As the NBA continues to take shape inside the bubble, players remain committed to helping the cause in any way they can.

COVID-19 shut down the sports world on March 11 and since there has been so much going on. The virus is still out there and social justice has sparked a country wide protest. 2020 is definitely a crazy time.

But it is good to see athletes step up and help out the cause. They are role models to a lot of people.