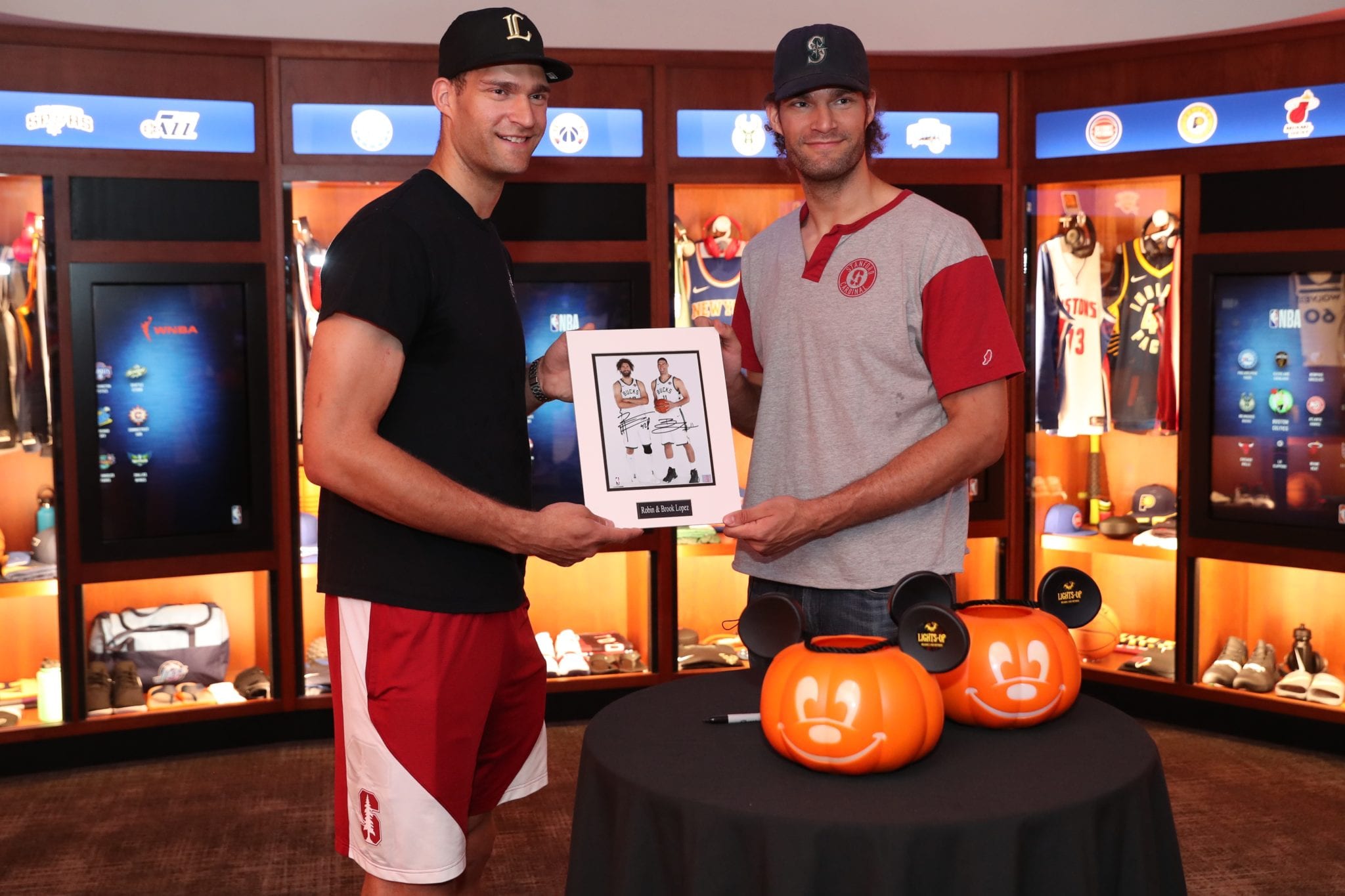 It’s no secret that Bucks big-man Robin Lopez is a big Disney fan.

As such, it should be no surprise that the 32-year-old seven-footer is having the time of his life in the NBA bubble at Walt Disney World Resort.

Over the years, Robin and his twin brother Brook, have made their love for all things nerdy well-known.

Both brothers are avid fans of comic books and Star Wars.

According to ESPN, the duo worked tirelessly to make the opening day of the Star Wars: Rise of the Resistance ride at Disney World in Orlando.

While some NBA players have ridiculed the bubble, Robin hasn’t been shy to offer a contrarian opinion.

“So far, it’s very much been surreal. I never quite thought these two worlds would collide in the way that they have. I think it’s going to be pretty interesting going forward,” Robin said in a Zoom call with reporters.

Robin has also taken to Twitter to show what he’s been up to at the resort.

Got stuck at the Dig Site arcade just now when a storm hit…but at least there's pinball #WoeIsMe pic.twitter.com/3Gl8VJzjqO

The NBA and Disney are reportedly going to give players the option of going to a few parks at the compound.

It’s safe to assume that Robin and Brook will be first in line for Space Mountain should that plan become a reality.