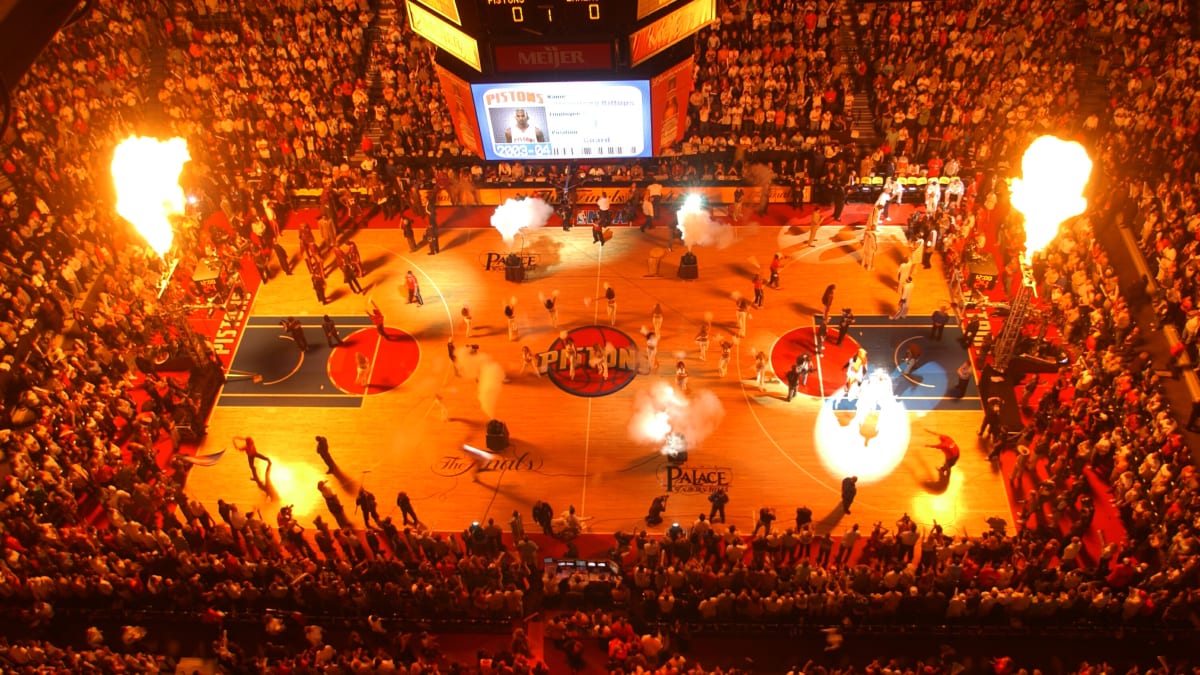 The end of an era came Saturday morning when one of the NBA’s most iconic arenas was demolished.

The implosion of the building came at 8 a.m. with 800 pounds of explosives bringing the proud stadium down to mere rubble within seconds.

Here’s the implosion of The Palace of Auburn Hills. Started at 8 a.m. on the dot and ended in a matter of seconds, leaving a cloud of dust pic.twitter.com/su0q1zrrhy

Stephanie Carroll, manager of business development and community relations for Auburn Hills, stated that crews will spend months cleaning up the debris and filling in the hole in the ground.

The space will be turned into offices for research and technology.

The Palace will be best remembered for the “Bad Boy” Pistons back to back titles in 1989 and 1990.

In those playoffs, the Pistons beat the likes of Larry Bird’s Celtics, and Michael Jordon’s Bulls in the Eastern Conference finals two years in a row.

The Palace was also known for the most infamous brawl in NBA history, the “Malice at the Palace.”

On November 19, 2004, with just over 45 seconds left in the game, the Indiana Pacers and Pistons got in a fight which quickly moved into the stands with players trading blows with fans.

The Pistons moved to the newer Little Caesars Arena in Downtown Detroit in 2017.

The Palace was located about 30 miles northwest of the city, and the final event held there was a Bob Seger concert in September 2017.

The Shock relocated to Tulsa, Oklahoma for five years before settling in Arlington, Texas, and becoming the Dallas Wings for the 2016 season.

The Detroit Pistons now struggle to find any success close to what they had while being in Auburn Hills.