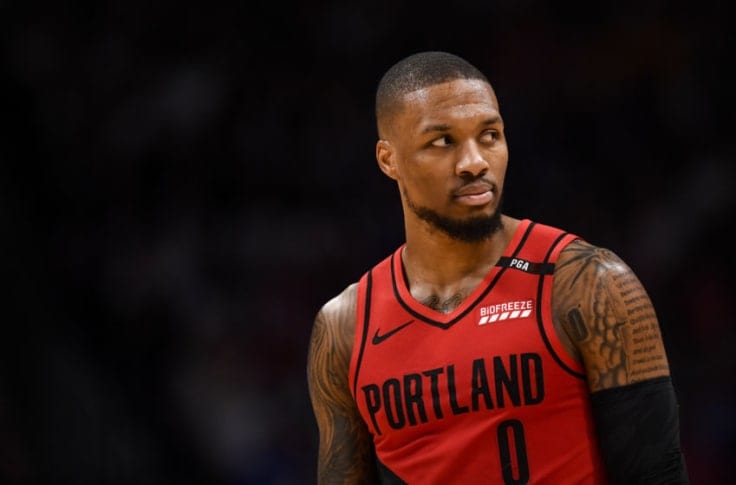 Damian Lillard has serious doubts that NBA players will strictly abide by the “bubble” rules in the Orlando campus environment.

As the league gears up for the restart, teams will begin departing for Orlando, Florida next week.

“My confidence ain’t great because you’re telling me you’re gonna have 22 teams full of players following all the rules? When we have 100 percent freedom, everybody don’t follow all the rules. I don’t have much confidence. But hopefully it’ll be handled to a point where we’re not putting everybody at risk or in a dangerous position.”

The 22 teams participating in the restart will begin arriving in Orlando on Tuesday and all participants will be tested upon arrival.

Once that is done, everyone will isolate for up to 48 hours and test one more time.

After the initial rounds of isolation and testing are over, the bubble environment will kick in and it will eliminate interaction with the outside world.

Close family members will be allowed to join the bubble once the second round of the playoffs get started.

However, the rising coronavirus cases in Florida have had left the NBA questioning its current plan.

Lillard went on to add, “The fact that we’re going to be in a bubble, it kind of knocks it down and limits the chance of us being exposed to everybody else outside the bubble in Orlando. I think it is a safer situation. But I don’t think it’s possible for them to protect us 100 percent. I think everybody’s going there understanding that.”

Should a player leave the bubble environment, they will be required to quarantine for 10 days and will have to undergo a deep-nasal test.

Players will not be allowed to go into each other’s rooms, but they will be able to socialize through video games, one-on-one pingpong, and golf.

All 22 teams have received a 113-page document outlining all protocols for the campus environment.

While Damian Lillard had his doubts about the restart, he plans to come prepared with things to keep him occupied and lead his Blazers out of a tough spot with an eight game schedule to push through into the playoffs.

The Blazers currently sit 3.5 games behind the eighth-seeded Memphis Grizzlies.