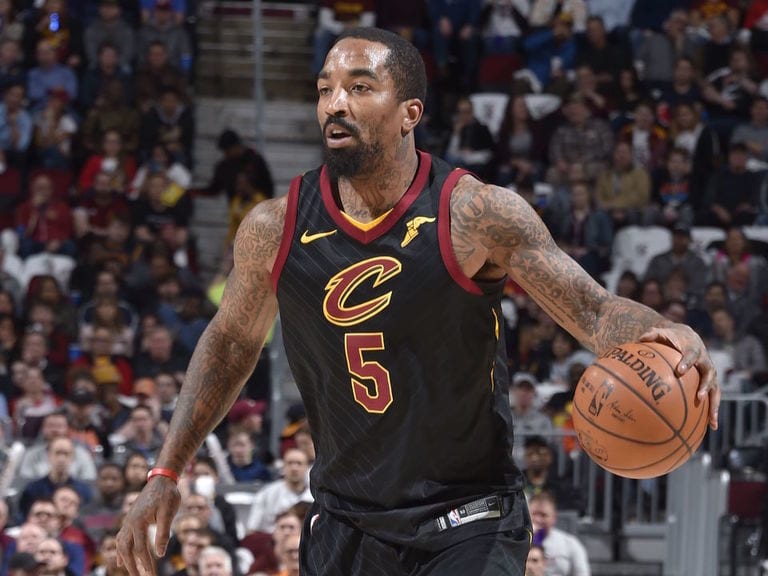 Free-agent guard J. R. Smith is finalizing a deal for the rest of the season to join the Los Angeles Lakers and his former Cleveland Cavaliers teammate LeBron James for the restart in Orlando next month.

When news broke last week that starting guard Avery Bradley had decided not to rejoin the team in Orlando rumors started to swirl that a likely replacement would be Smith especially due to his relationship with LeBron.

Smith is looking to rebound after only seeing action in 11 games last season and being released by the Cavs in July of 2019.

The veteran guard was unsigned for the 2019-20 season until this point.

A Cavs teammate of LeBron’s for four seasons, Smith was part of the history-making team that brought a championship to Cleveland in 2016.

The 34-year-old was also part of one of the most infamous moments in Cavs championship history when he lost track of the score in Game 1 of the 2018 Finals.

Smith averaged 10.6 points and shot 40 percent from the field in that seven-game series win over the Warriors that saw the Cavs come back from a 3-games to 1 deficit.

The Lakers will not be able to officially sign Smith until July 1.

Rosters for the NBA restart at Walt Disney World must be turned in to the league office Wednesday.

The Lakers will begin the restart as the West’s top team, with a  49-14 record and in pursuit of their first championship since 2010.