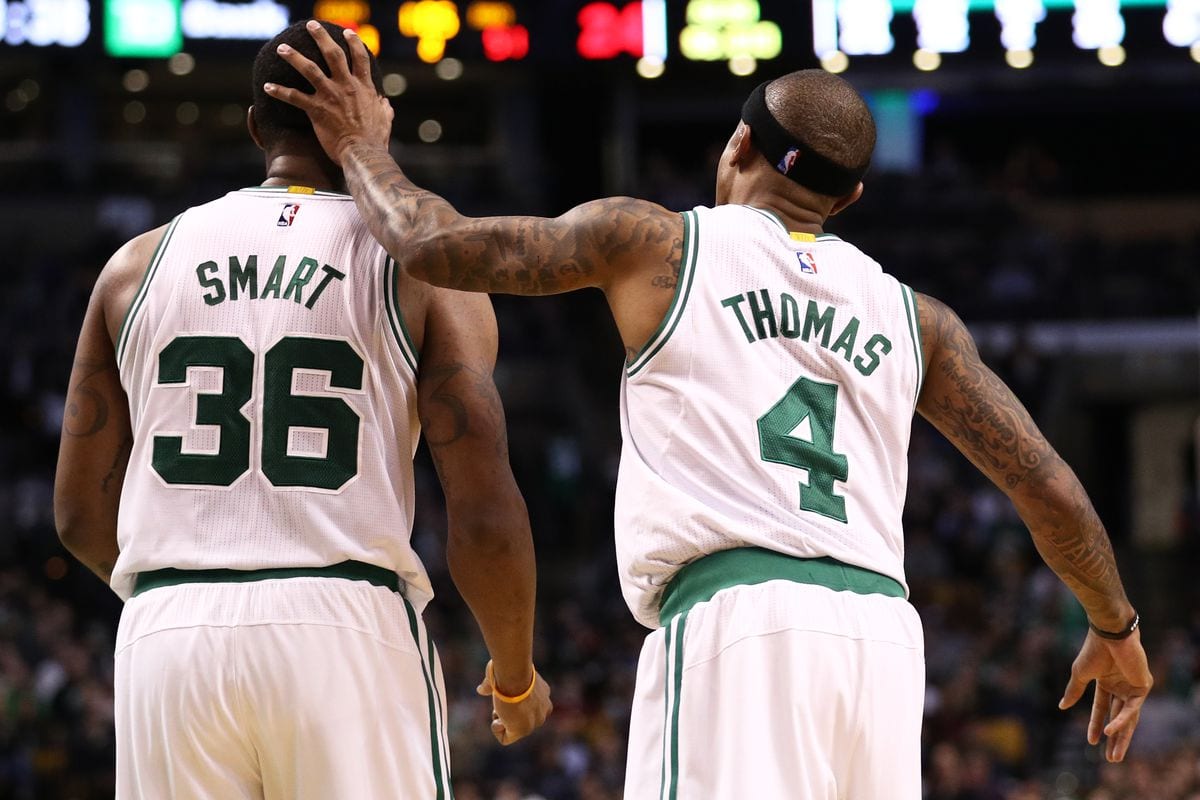 Celtics fans will never forget Isaiah Thomas’s heroics in a Celtics uniform and neither will his former Boston teammate Marcus Smart.

On Sunday, Thomas quote-tweeted a post about his incredible 2016-17 season.

He wrote, “NOBODY UNDER 6ft comes close.”

That’s when Marcus Smart jumped in with this comment: “Best to ever do it under 6′ my brother @isaiahthomas.”

Thomas responded by calling Smart “one of my favorite teammates ever.”

The former Celtics is currently a free agent after being traded from the Washington Wizards to the Los Angeles Clippers, who waived him three days later.

Thomas averaged 28.9 points with the Celtics in 2016-17, but his career was never the same after being traded to Cleveland in a deal involving Kyrie Irving.