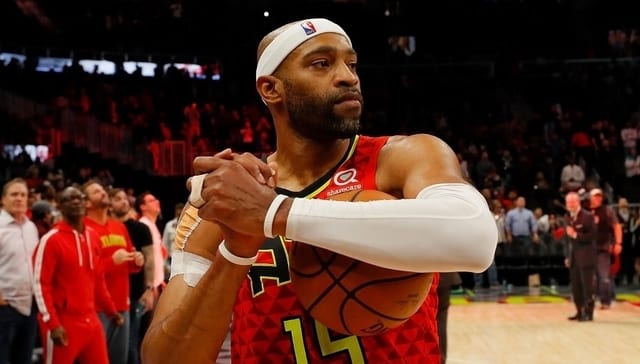 Future Hall of Famer Vince Carter officially retired from the NBA on Thursday, calling it a career after 22 seasons in the league.

Carter was an eight-time all-star, two-time All-NBA player, and a 2000 Olympic Gold medalist.

He gained worldwide attention with his show-stealing performance at the 2000 NBA Slam Dunk Contest.

While speaking Thursday on The Ringer’s “Winging It With Vince Carter” podcast he officially called it a career.

“So for me, it’s just kind of a unique situation.”

What are your favorite @mrvincecarter15 memories?

In a completely unique twist, Carter started his career cementing his place as one of the greatest – if not the greatest – in-game dunker off all time and leaves the game with his last made basket as a three-pointer.

As he got deeper into his career he turned into a reliable three-point shooter leaving the game sixth all-time in made three’s with 2,290.

Carter began his career with the Raptors in 1998-99 season and has played for eight teams over his career.