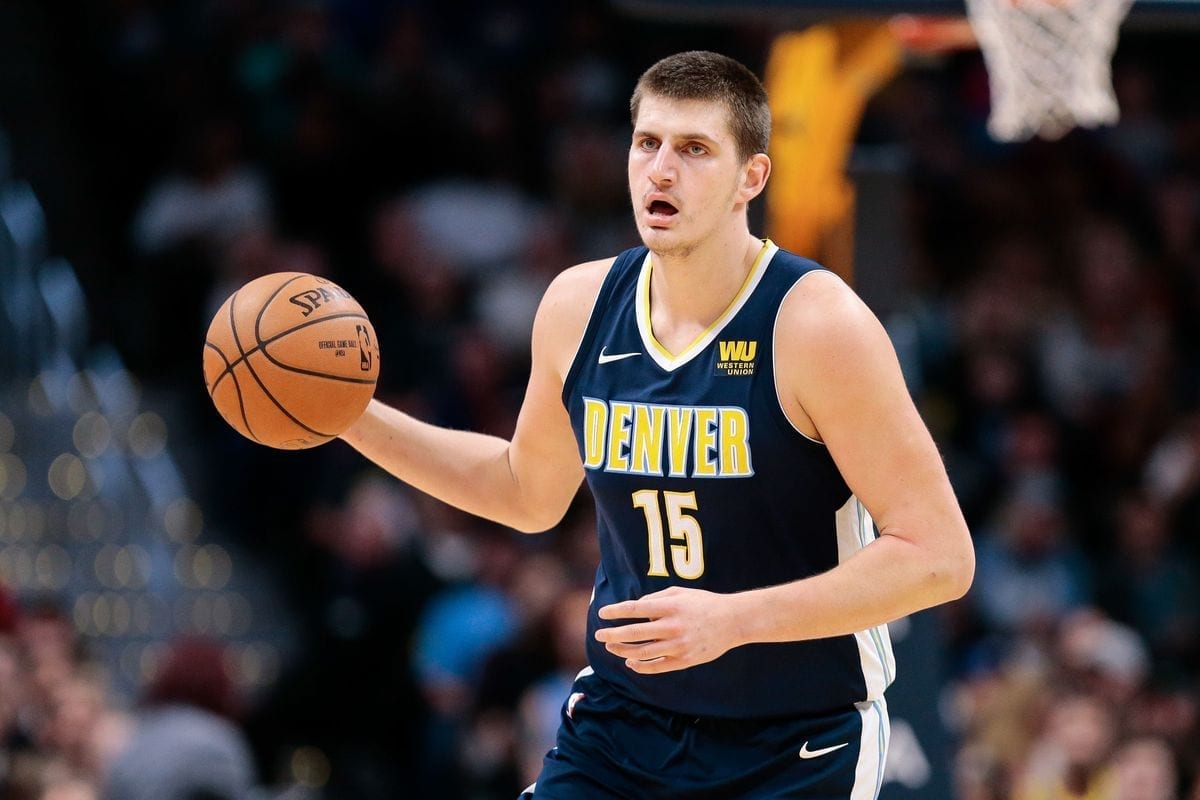 Denver Nuggets All-Star Nikola Jokic has tested positive for the coronavirus in Serbia.

His return to the United States for the NBA restart in Orland has been temporarily delayed.

Jokic, who tested positive last week while being asymptomatic, is expected to be cleared for a return to Denver within a week.

According to league protocols, the Nuggets big man will need to test negative twice within a 24 hour period in Serbia before being allowed to travel back to the U.S.

Upon arrival in Denver, he will undergo a cardiac test and will have test negative for the virus once.

Jokic had been spending time with Serbian tennis superstar Novak Djokovic at a recent event in Belgrade.

On Tuesday, Djokovic also confirmed that he had tested positive for the coronavirus.

“The Joker” has lost 40 pounds and transformed his body during the hiatus.

Jokic has averaged 20.2 points, 10.2 rebounds, and 6.9 assists while leading the Denver Nuggets to a 43-22 record, good enough for the third seed behind the LA Lakers and LA Clippers.

The Nuggets, like many other NBA teams, returned to team facilities on Tuesday to begin testing protocols for all players and staff traveling to Orlando between July 7 and 9 for the formal start of training camps.

Head coach Michael Malone also said recently that he had tested positive for the virus during the hiatus.