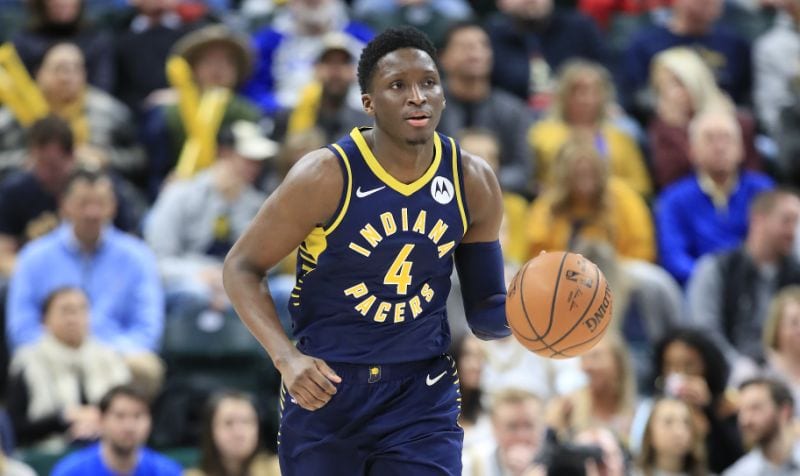 Indiana Pacers All-Star guard Victor Oladipo will increase his training activity in the next week to test his body before making a decision on returning to the court for the remainder of the season.

While speaking with ESPN on Saturday Oladipo expressed how he is feeling physically.

“I know there’s risk going into it with the unique situation that I’m in — being off so long and trying to ramp it up that fast. I’ve just got to be smart, that’s all.”

Oladipo appeared in 13 games this season coming off an injury for a torn quad in his right knee which he sustained during a game in January 2019.

The 28-year-old returned this season, roughly a full calendar year after his injury, to average 13.8 points, 3.2 rebounds, and 3.0 assists per game but recently admitted that he was not fully healthy when he came back.

The league has set a deadline of June 24th for players to inform their teams whether or not they will take part in the restart of play.

Oladipo has a lot to consider in his decision, including his long-term future as a free agent in 2021.

The Pacers have the luxury of allowing Oladipo extra time to heal and keep him on the active roster until they decide the best course of action moving forward.

The Pacers currently sit at 39-26, which places them fifth in the Eastern Conference.