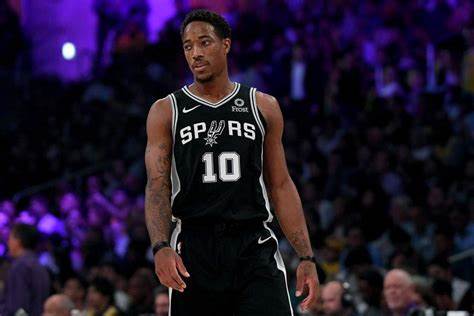 Plenty of NBA stars around the country have been sharing their experiences with police encounters and white privilege.

DeRozan took the time to talk about being a Black man in America to Bleacher Report’s Taylor Rooks.

.@DeMar_DeRozan wants to make a better future for the next generation

Watch his full conversation with @TaylorRooks on defining his Blackness, police brutality and social justice protests in America https://t.co/REqyZG5VOS pic.twitter.com/qidqa9c1Lt

During one segment, DeRozan discussed when he was a ninth-grader going to a basketball game at a predominantly white school.

He explained the culture shock he felt when contrasting the school to where he lived and was raised.

“I saw for the first time how different their schools were, facilites, just everything about culture, was like night and day from us,” DeRozan said.

“From then on, it used to make me question, like, damn, why is their stuff better? So many questions came about, and as I continued to get older, I seen the separation from privilege to where they came from.”

The interview with DeMar DeRozan and Taylor Rooks is worth watching.

The conversation ranged from how DeRozan learned to fear the police, the “intense” Zoom conversation about the Orlando restart, and his praise for Spurs head coach Gregg Popovich as a leader for speaking out on social injustice and setting the tone for his players and other coaches around the league.

DeMar DeRozan was traded to San Antonio in the summer of 2018 in the deal that saw Kawhi Leonard sent to Toronto.