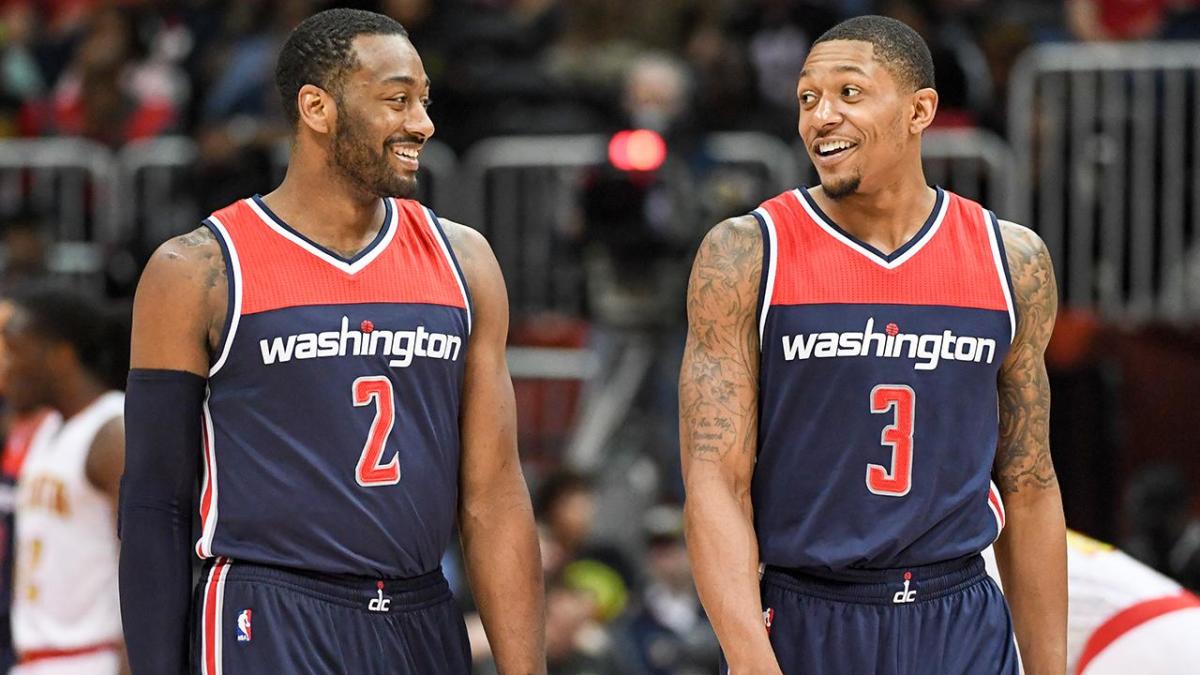 Washington Wizards All-Star guards John Wall and Bradley Beal are both familiar faces at the Capital One Arena in Washington D.C.

However, away from the Wizards home crowd, both players have had their fair share of frightening encounters off the court like countless other African-Americans in the United States.

The Wizards and the WNBA’s Washington Mystics hosted the “Together We Stand” march on Friday.

Beal was able to recount some of his stories from his encounters to reporters outside of the arena.

“I’ve been pulled over with four hoopers in the car before and we’ve all been taken out searched because we were black riding in a white neighborhood. I went to an all-white school in high school,” Beal said.

He went on to add: “It happened here, two years ago. I got pulled over on 495 and the officer asked me to step out of the vehicle. I’m literally on the side of the highway… my wife, me and one of my friends, sitting in the median of the highway, on the side, and he comes up to me and says, ‘What if I f*** up your Monday and put you on a headline and arrest you right now?’ I didn’t do anything.

“But because I was an athlete, a black athlete driving a nice vehicle, that’s what he came up with. How am I supposed to respond to that? I would just be waking up on Monday morning with an ESPN headline: ‘Bradley Beal arrested because of interaction with police.’ But it happens. It doesn’t just happen to me. It’s everywhere. We just have to stop being ignorant to that fact that it exists.”

Both Beal and Wall walked in the peaceful Juneteenth march that went from the Capital One Arena to the Martin Luther King Jr. Memorial.

Along the way all participants chanted “Black lives matter” and “No justice, no peace, no racist police.”

Wall also recounted a story of an encounter he had with D.C. police following Wizards practice.

The officer cited an issue with Wall’s turn signal and then proceeded to tell Wall to remove his window tint at that moment.

Wall was only a few blocks away from home when officers then forced him out of his vehicle.

The issue got resolved once bystanders took noticed and identified him as Wizards point guard.

Talking with Caron Butler on the NBA’s live twitter discussion on Friday, Wall said, “I’m scared to get pulled over.”

“I’ve seen some people on Twitter when I said that say, ‘Well what are you scared to get pulled over for, they might want an autograph?’ I said, ‘No, it don’t work like that. I’m still a black athlete in America in this world and I know how it’s going.’

John Wall is currently recovering from an Achilles injury and hopes to return at the start of next season.