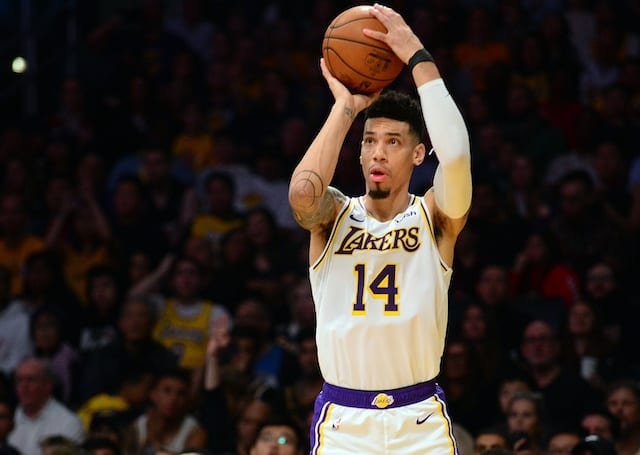 NBA players are debating the most effective way they can bring change and work towards social justice in the U.S.

Danny Green joined the conversation in the wake of disagreement among some Laker teammates.

Green said that he believes players can create more change by playing.

LeBron James is in favor of playing and still making change, while Avery Bradley and Dwight Howard have expressed reservations.

The NBA is set to resume play on July 31 in Orlando inside the bubble league.

Whether the Lakers will all be in agreement at the time of the scheduled tip off is still unknown, but Green is confident they should play.

“I think we can use the platform to our advantage and enhance it,” Green said in an interview with Caron Butler on the NBA’s Twitter account in honor of Juneteenth.”

Danny Green (@DGreen_14) shares a personal story with Caron Butler (@realtuffjuice) about an encounter his brother had with law enforcement. #Juneteenth pic.twitter.com/CcvjEHy7SH

Basketball could be used as a vehicle to unite the public.

It’s been almost three and a half months with no professional sports in the United States.

Speaking about his teammate Bradley, Green said, “Like Avery Bradley, he’s one of the guys who has spoken out, but he doesn’t really have social media, so [people] don’t really know how he feels, they’re not really able to see and hear it from him.”

Athletes have a huge platform, but how they use it depends on the player and their stature.

LeBron can get his message out whenever he wants through whatever outlet.

Players have until Wednesday to inform the league if they will decline to play in Orlando.

No one has indicated yet that they will decline.

The Lakers were playing their best basketball of the season and were among the favorites to win the title when play was halted March 11.

But the team’s best chance of winning may be determined by how well they play together off the court.