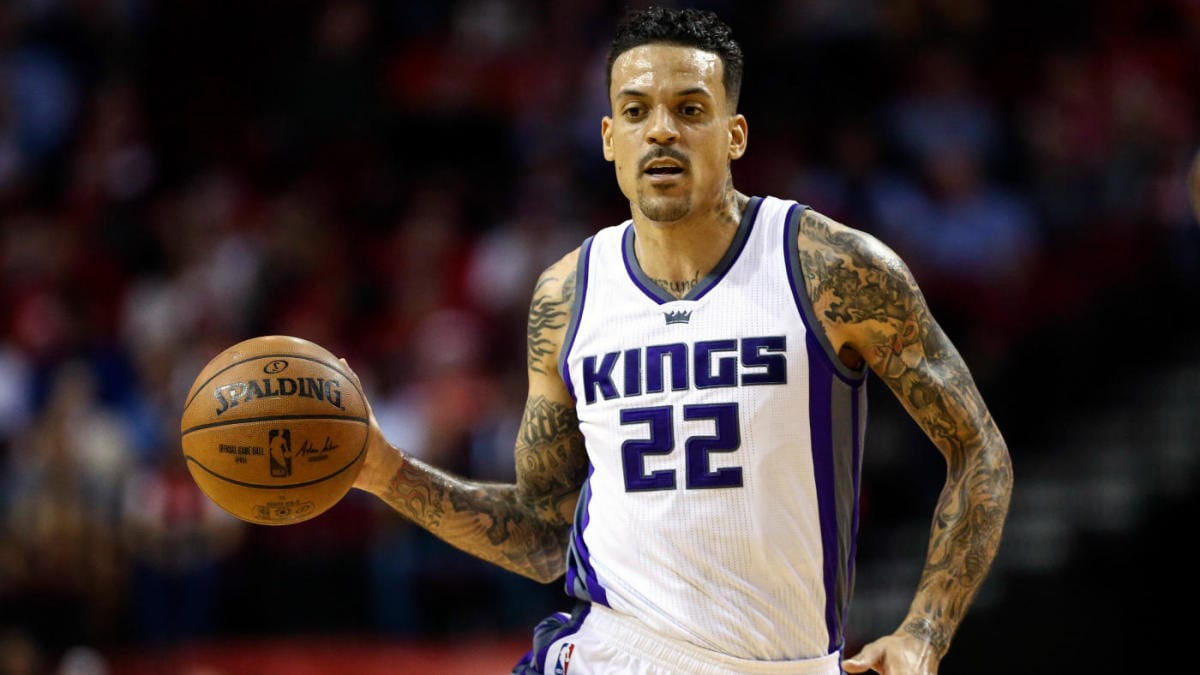 Former NBA player Matt Barnes has never been shy about race issues and their relationship to the NBA.

The 14-year veteran had comments directed towards Brooklyn Nets star Kyrie Irving and his sentiments towards the NBA restart.

In typical Matt Barnes fashion, he didn’t hold back.

Speaking on he and Stephen Jackson’s podcast, Barnes aimed some strong comments at Irving for trying to tie in the race issues taking place in the United States since the George Floyd incident to the NBA restart.

Barnes said, “Kyrie needs to quit bulls***ing, because what I heard was Kyrie wanted to go to Orlando to support his team. They didn’t let him. So he flipped the script talking about I’m gonna give up everything.”

He went on to say, ” You can give up everything and go do the Maya Moore s*** if you really want to. At the same time, sitting out without a cause or a purpose defeats the purpose. And then it also divides us … I respect people don’t want to play because if it’s COVID and you’re putting your family at risk, I get that. But if it’s for the movement of the country right now, we have to take charge of this.”

The comments on Moore come from her decision to sit out consecutive seasons to work directly on criminal justice reform.

Moore, the 2014 WNBA MVP and six-time All-Star with the Minnesota Lynx, made an announcement in January that she would indeed miss a second straight season and the Olympics before both were put on hold by the pandemic.

At the moment Moore is helping a family friend overturn a 50-year prison sentence.

As for Irving, he is calling for fellow NBA players to reconsider the restarted season so players can focus their attention on the fight against oppression.

There a number of people from some NBA circles who do not see the correlation between playing basketball and fighting for social justice.

Those same players believe that playing enhances their platform.

Barnes is also among that group, having addressed the issue before on June 7 while talking to Dunk Bait.

"A couple guys from the Lakers and the Clippers … there are some whispers about some teams not being comfortable. Some guys want to play and some don't want to play."@Matt_Barnes22 on players wanting injustices in the black community addressed before basketball resumes. pic.twitter.com/C3ULiUaZ7u

Barnes’s co-host, Stephen Jackson, defended Irving from the criticism aimed at him by Barnes.

“He’s passionate about this,” Jackson said.

“I just think he understands this moment. He’s like me. I don’t have all the answers.”

He finished by saying, “He done called me crying, because he literally knows I’m putting everything on the line.”