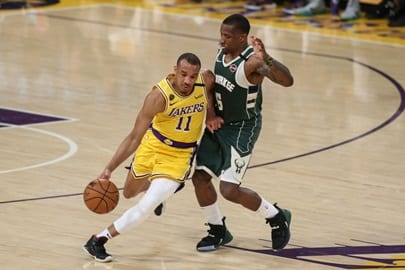 An NBA players coalition led by Kyrie Irving and Avery Bradley is eager to hear what plans the league has in place for black causes before the league resumes.

Irving has been especially vocal in his recently changed belief that games should not be played during such a pivotal moment in history.

Bradley, meanwhile, has made his thoughts clear.

“Regardless of how much media coverage will be received, talking and raising awareness about social injustice isn’t enough,” Bradley told ESPN.

“Are we that self-centered to believe no one in the world is aware of racism right now? That as athletes, we solve the real issues by using our platforms to speak?

“We don’t need to say more. We need to find a way to achieve more. Protesting during an anthem, wearing T-shirts is great, but we need to see real actions being put into the works.”