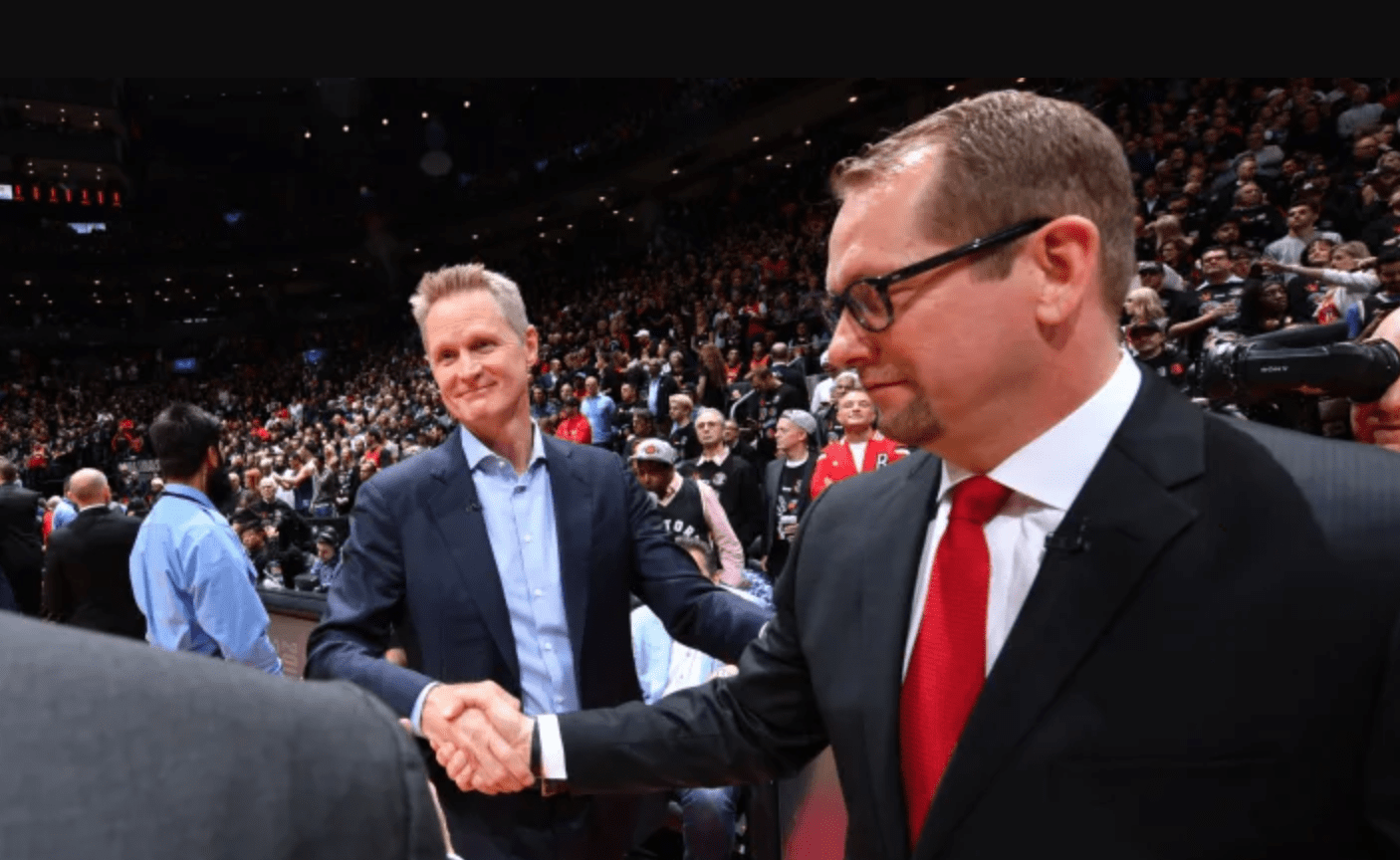 Steve Kerr is among the NBA’s national team coaches wondering if they will even be involved with next year’s re-scheduled Olympics.

Kerr is making no assumptions that he’ll be there in Tokyo due to the possibility that the NBA’s pushed-back 2020-2021 season overlaps with next year’s Games.

Kerr added that he had not discussed the matter with Team USA head coach Gregg Popovich.

USA Basketball managing director Jerry Colangelo now says he and Popovich will wait until the NBA schedule locks in its schedule for next season before sorting out a roster and a way forward.

Meanwhile, Raptors head coach Nick Nurse is scheduled to coach Canada in the qualifying tournament which precedes the Olympics and is hoping that he will be able to keep his commitment to both his NBA team and national team.

But he expects international travel will be one of the last things that returns to normal, meaning he too is unsure what the future holds.

“It’s complicated, is my best thought,” Nurse said. “I just don’t know enough to tell you what next season is going to look like. I don’t know. When’s it going to start? I think they’re talking about pushing it back, but I don’t know if they’re going to play games closer together.

“I don’t think so, that’s kind of a thing that everybody’s been happy that they continue to spread them out and lessen the back-to-backs and all those things. “But if they do that, then it’s probably going to run into the Olympics, or really close to it, right? Lots of things that I don’t have a crystal ball on.”