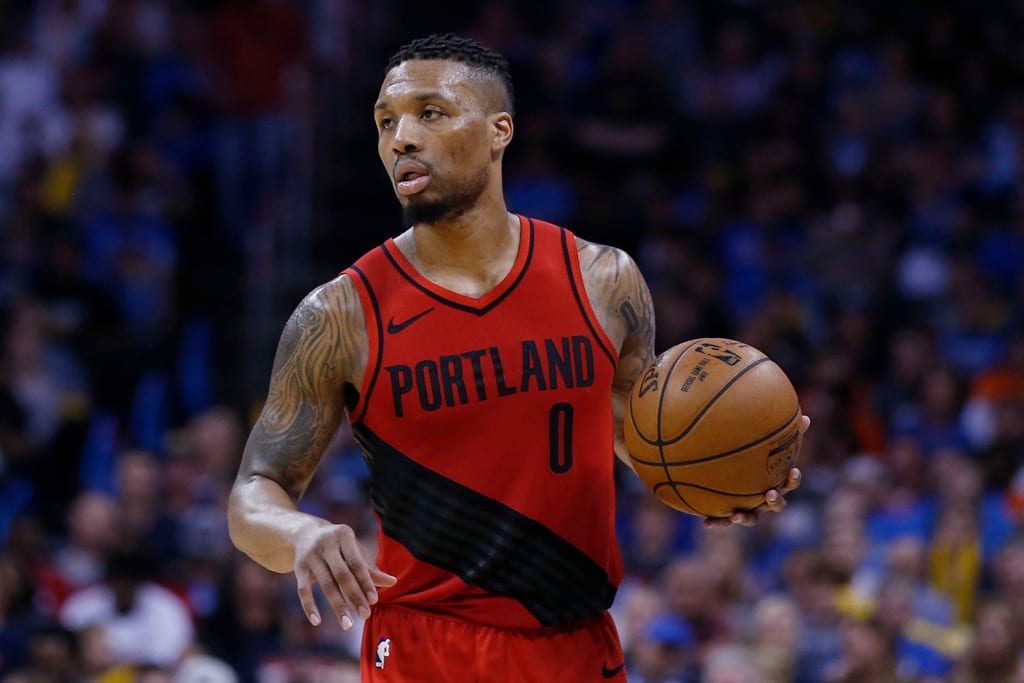 Lilliard sometimes reserves his music for diss tracks, however, the worldwide uprising following George Floyd’s death led to a new project for the NBA star.

“Blacklist” is Lillard’s way of expressing his feelings on racism, George Floyd’s murder, and the Black Lives Matter protest taking hold of cities around America and the world.

The track was produced in collaboration with music from Kev Choice, a musician who hails from Lillard’s hometown of Oakland, California.

Lillard took a more poetic approach to this track that differs from his previous releases.

Alongside a piano in the background, the Blazers star spoke with a seriousness on the topic he’s referring to in the song.

The track opens up with the following lyrics:

“As a brother with a good heart I say f*** you if you’re racist. Or white staying quiet, you disabling the changes.”

The rest of the song continues with Lillard discussing his position as a rich Black athlete who continues to be a victim of racism himself despite his money and status as an NBA star.

“As a rich black man living in this country, it’s hard being comfy when the hate yo people get is coming from the ones amongst me,” he said in the song.

In another portion of the song he comments on President Donald Trump’s reaction to the protests and the police brutality that has ensued.

“How these good cops won’t speak on the bad apples? How the president get on TV and be mad casual!? Like, ‘If you lootin’ we shootin’ like its a game. Dude a clown and a trust fund baby, he numb to pain.”

He then found a way to tie in the NBA’s resumption with COVID-19 and racism.

“1950 how we divided, and I ain’t even tripping on how the season decided. Racism pandemic is years ahead of the virus.”

While music is Lillard’s latest way of chiming in with his feelings on systemic racism and police brutality, he also managed to participate in a protest march in Portland that was documented on Instagram Live.

Another way Lillard has been active is via Twitter, where asked some thought-provoking questions about the relationship with the police and the people they are meant to protect and serve.

Damian Lillard and the Portland Trail Blazers are one of 22 teams preparing to restart the season in Orlando on July 31.