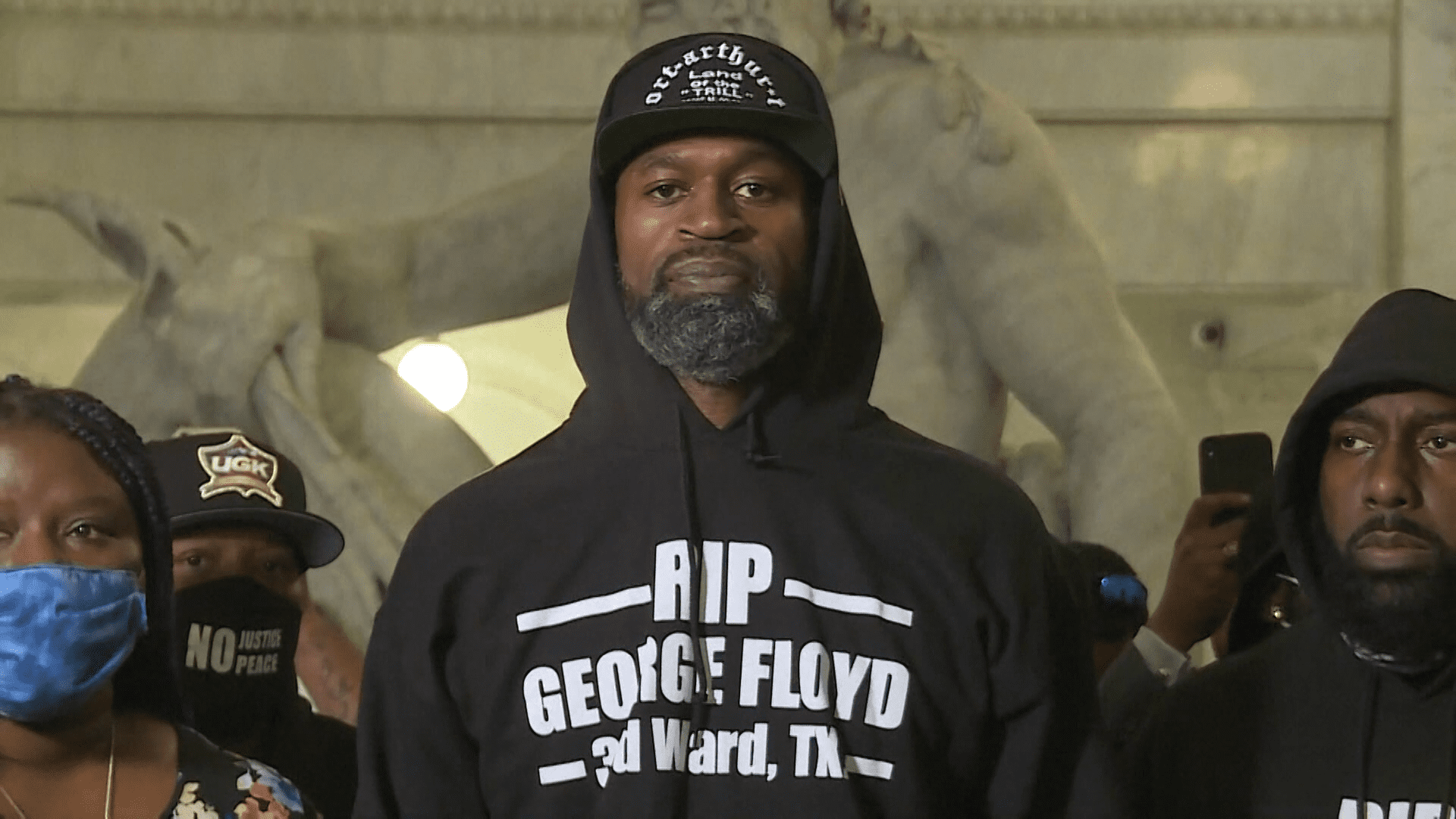 Former NBA journeyman Stephen Jackson has been at the forefront of demanding justice for the killing of his friend George Floyd.

Jackson appeared at Minneapolis City Hall Tuesday alongside the friends and family of George Floyd to vocalize his thoughts on the current state of affairs.

CBS News transcribed some of his speech.

Here’s what he had to say in support of Floyd’s daughter Gigi and her mother Roxie Washington.

All four police officers involved in Floyd’s death have been charged in connection to the crime.