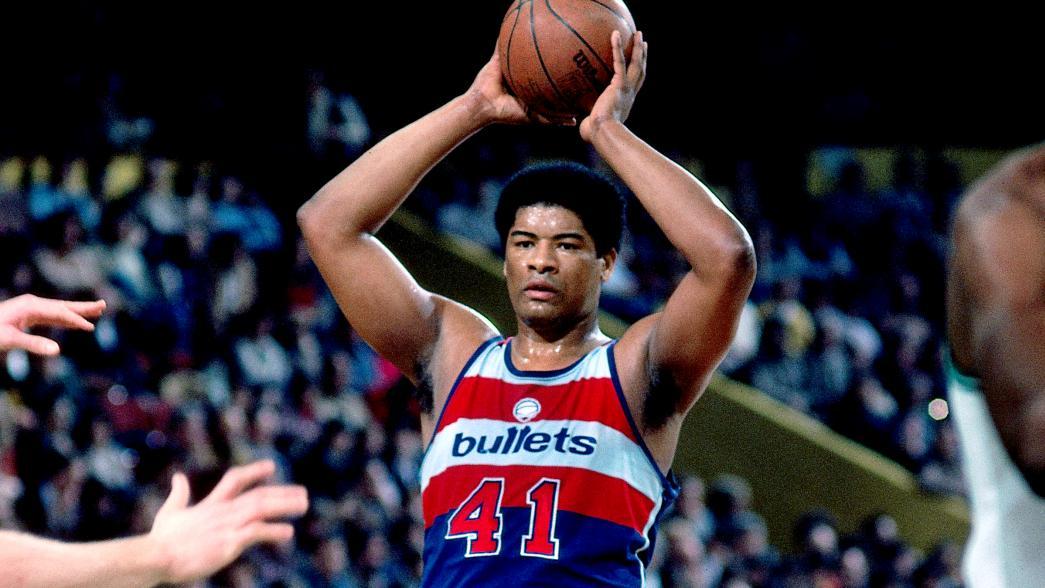 Former Washington Bullets center and coach Wes Unseld passed away Tuesday morning at the age of 74.

Unseld’s family said in a statement that he had lengthy health issues, most recently with pneumonia.

“He was the rock of the family — an extremely devoted patriarch who reveled in being with his wife, children, friends, and teammates,” the family said.

“He was our hero and loved playing and working around the game of basketball for the cities of Baltimore and Washington D.C., cities he proudly wore on his chest for so many years.”

Statement from the family of Wes Unseld.

Unseld played for the Bullets from 1968 to 1981, where he spent his first five seasons in Baltimore, then the following eight came in Washington D.C..

He was a member of the 1978 team that won the Bullets only NBA title after defeating the Seattle SuperSonics in seven games, while earning Finals MVP honors.

Unseld was a five-time All-Star, an MVP winner in 1969, and the only player other than Wilt Chamberlain to win MVP and Rookie of the Year honors in the same season.

Adam Silver said, “Wes Unseld was one of the most consequential players of his era.”

“Wes also set the set the model of class, integrity, and professionalism for the entire NBA family during stints as a player, coach, and team executive with Washington and through his dedication to expanding education opportunities for children,” Silver said.

Wes Unseld was a warrior! He was The shortest starting center in the NBA, and was also the toughest. So sound fundamentally, when he blocked you out for he would put you in the third row! With all due respect to Darrell G, Wes will always be the greatest U of L Cardinal. pic.twitter.com/RORaa9bKRP

“Wes was truly a gentle giant,” said Phil Chenier, who played with Unseld for nine seasons.

“His scowl could be intimidating, but really he was a kind, thoughtful, and protective comrade. Wes is the epitome of a great teammate, team leader, and friend.”

Love’s middle name is a tribute to Unseld and his father Stan played on the Bullets with him.

Proud to be named after such a great man. A Legend and a Leader. Wes, you will be missed by the NBA family and all people who’s lives you touched. Rest In Peace. 🙏🏻🙏🏼🙏🏽🙏🏾🙏🏿

Unseld was listed at 6-foot-7 and 245 pounds, and was heralded for out working his opponents despite being undersized and dealing with bad knees.

Noted for his great rebounding and passing, Unseld holds the most rebounds for a player 6-foot-8 or shorter, at 13,769 career rebounds.

At Louisville, Unseld was a two-time All-American where he averaged 20.6 points, and 18.9 rebounds per game.

Those numbers were good enough to earn him a spot at the top of the draft, behind No.1 selection and future Bullets teammate, Elvin Hayes.

“I lost a great friend and teammate this morning who went home to Christ,” Hayes said.

“Know we all had great love for both you and your family always, my friend.”

As an NBA center, Unseld held career averages of 10.8 points and 14 rebounds per game, and his No. 41 became the first number to be retired by the franchise.

Wes Unseld remained with the franchise after his playing days, first working in the front office, then coaching the team for nearly seven seasons from 1987 to 1994, ending with a record of 202-345 record and one playoff appearance.

He followed that up with a seven year stint as general manager from 1996 to 2003, when the team made one more trip to the playoffs.

Others around the basketball world paid tribute to Unseld, including ESPN college basketball analyst Jay Bilas.

RIP to Hall of Famer Wes Unseld, who passed away at the age of 74. Unseld was a legend at Louisville and in the NBA, and one of the greatest rebounders and outlet passers of all-time. Toughness personified. pic.twitter.com/nyusmRPXs4