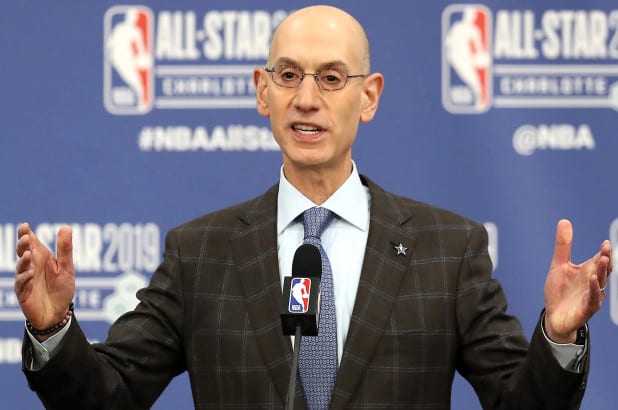 As the NBA works to find a timetable that will allow them to finish the 2019-20 season, the current proposal has game seven of the NBA Finals on October 12.
This would then allow the league to plan for the start of the following season, which could be around Christmas time.
The current proposal features 22 teams taking part at Disney World in Orlando, according to Adrian Wojnarowski, with 16 playoff teams and six teams that can play their way into the field.
ESPN’s Brian Windhorst previously reported that the league’s desire to include Zion Williamson was a big reason behind the 22-team model, with the Pelicans set to miss out if only current playoff teams are invited to Orlando.
Adam Silver is expected to take a proposal to the NBA’s Board of Governors on Thursday.