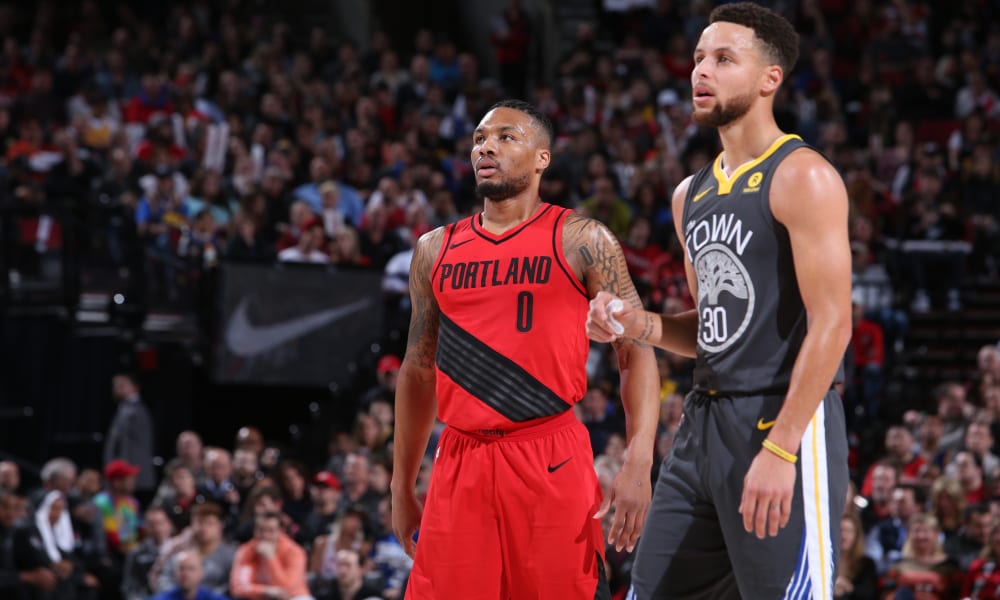 Damian Lillard made waves last week when he said he wouldn’t be participating in games if the Trail Blazers were asked to compete without a realistic chance of making the playoffs.

Lillard was criticised for his comments, most notably by former NFL player and current ESPN hot take artist Dan Orlovsky.

However, Steph Curry says he understands Lillard’s take, especially from a competitive standpoint.

“I feel what he’s saying because it’s hard mentally to go with this long of gap, and then prepare for games you know don’t matter,” Curry said on the “The Life Podcast” with Anthony Morrow and Justin Jack.

“I get it. It’s a hard thing to put your mind in that space, ‘I’m gonna go out here and compete and bust my a– and know in five games we’re just gonna be back in the offseason again.'”

While Curry’s Warriors are highly unlikely to feature in the season’s resumption, Lillard’s Blazers stand every chance as they currently sit in a three-way tie for ninth place in the Western Conference.