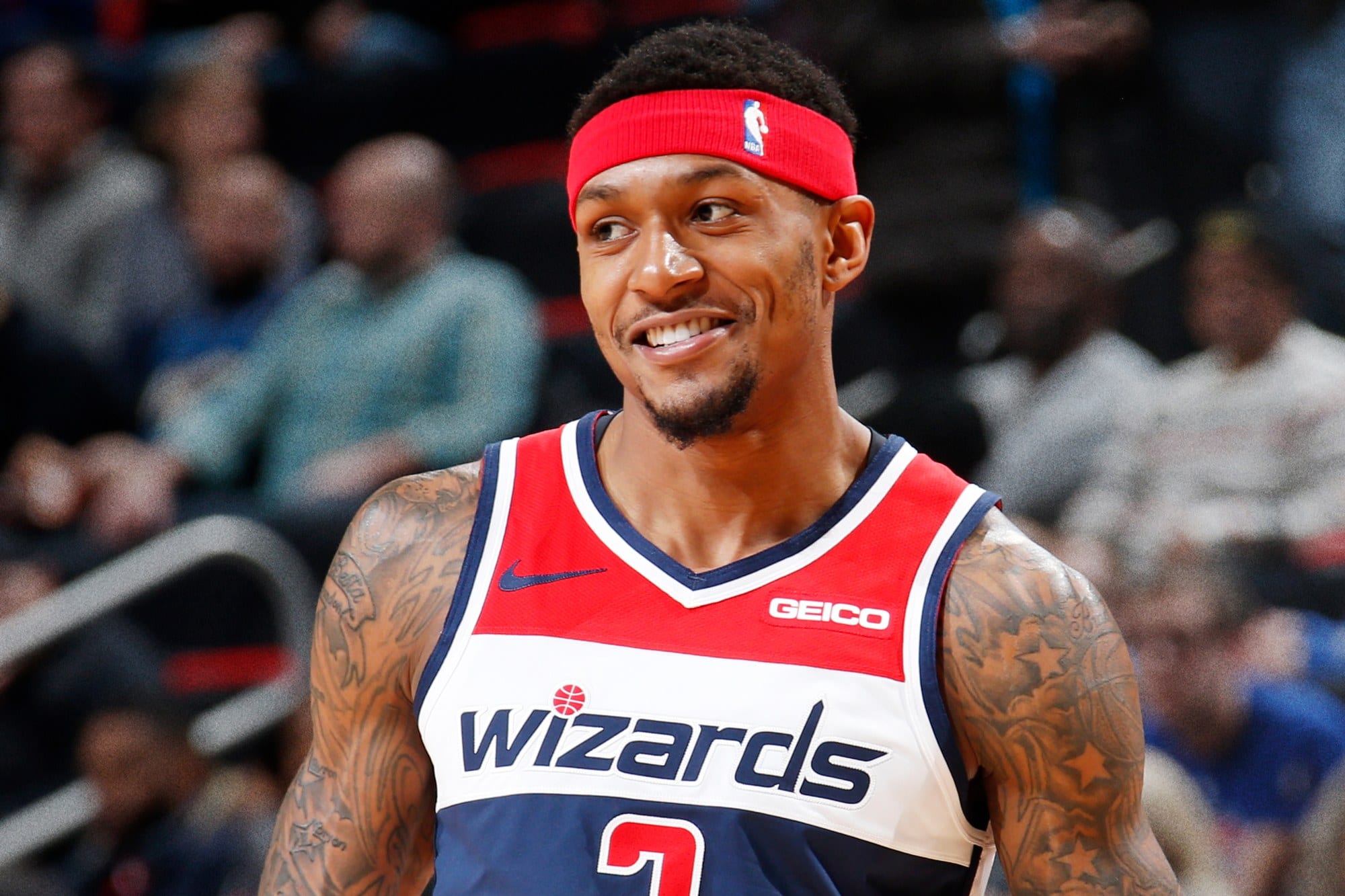 Washington Wizards guard Bradley Beal has been the target of trade rumors for most of his career.

When all-star teammate John Wall was injured in 2019, many speculated that Beal would be on the move, but the 6-3 guard shocked much of the basketball world, signing an extension with the Wizards and voicing his support for the team that drafted him third overall in 2012.

Recently, rumors have suggested that the Brooklyn Nets have had “internal discussions” on whether or not to pursue a trade for Beal.

Any deal for the 26-year-old, who was averaging a career-high 30.5PPG at the time of the season’s suspension, would require an over-the-top offer that the Wizards couldn’t refuse.

If the Nets were to pursue Beal, it would mean that they believe he, Kevin Durant, and Kyrie Irving are capable of carrying the team to a championship.

Beal recently appeared on ESPN and addressed the Nets rumor.

“To me, I look at it as a sign of respect, that I’ve been doing good things and guys want to play with me…When you hear that Kyrie [Irving] and KD [Kevin Durant] want you, s—, that’s amazing. At the same time, you don’t know how much there is to it, or how easy it would be to do. And I’ve put down roots in D.C. I’ve dedicated myself to this town, this community. I love it here, and it would feel great to know I could grind out winning here instead of jumping to another team.”

“My biggest thing right now is that I want to play with John [Wall] again,” Beal said. “I want to see him get back to that level where I know he can be, especially since my game has grown so much. What can we accomplish together? I’m so happy he’s healthy, working his tail off,” Beal continued on to say.

Wall and Beal led the Wizards to the playoffs four times together.

Perhaps if they do make it back on the court in Washington, they can push the Wizards back to contention.