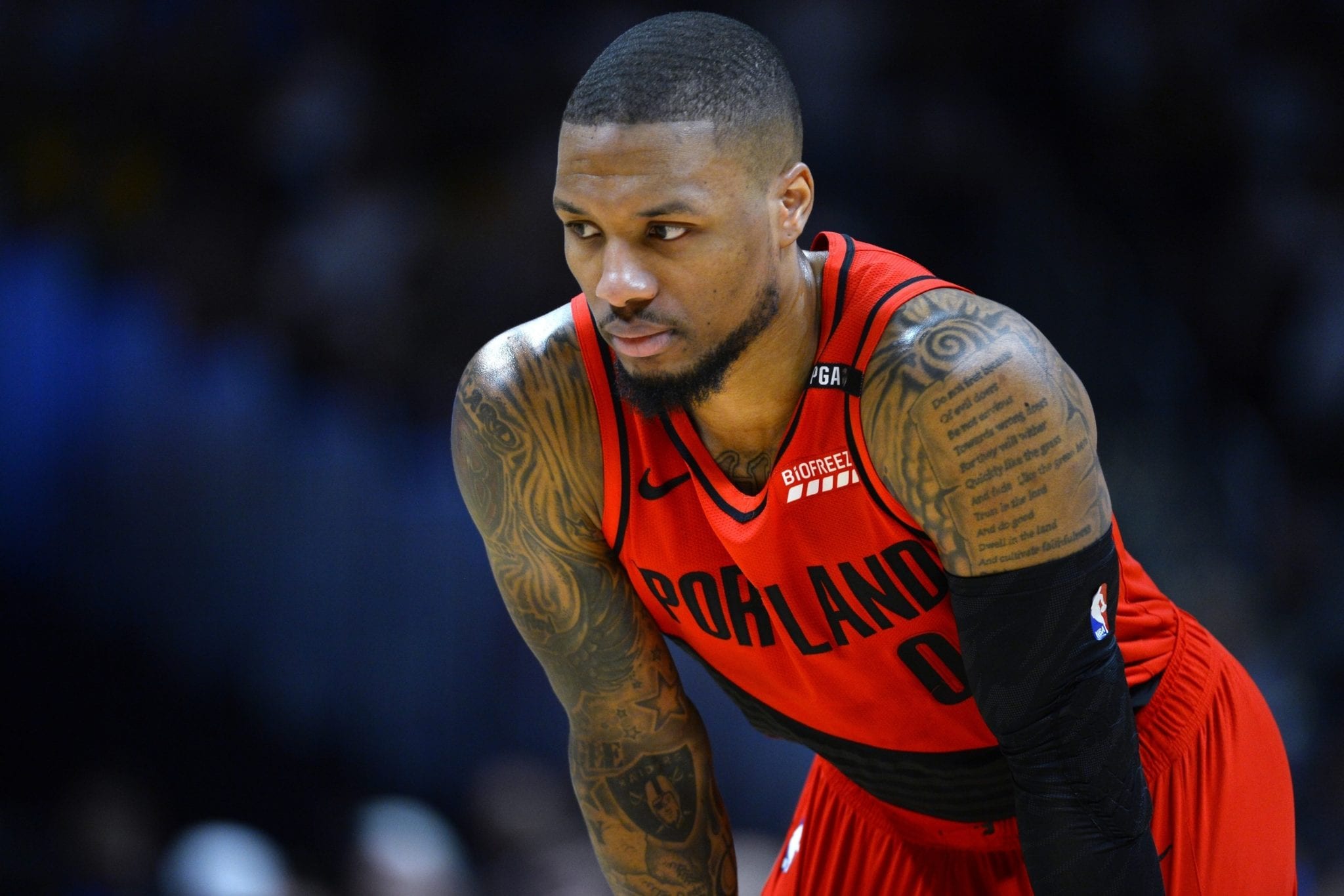 Portland Trail Blazers guard Damian Lillard says a play-in tournament “would be perfect” if the NBA does decide to resume play.

The next closest team is the Phoenix Suns, who are three losses behind the 12th seed in the loss column.

In the East, things are much more solidified.

The Washington Wizards are 5.5 games back of the eight seed Orlando Magic.

Because of the coronavirus pandemic, many have proposed the idea of a play-in tournament.

In this proposal, the eight best teams from each conference, as well as the four fringe Western Conference teams would participate in a round-robin for participation and seeding.

In an appearance on ESPN’s Jalen and Jacoby, Lillard voiced his support for the play-in tournament.

“I feel like a play-in tournament would be perfect, just because we actually were in striking distance and also had enough games to get in the playoffs.”

Lillard came under fire for previously saying that he would sit out if the Blazers had no path towards making the playoffs.