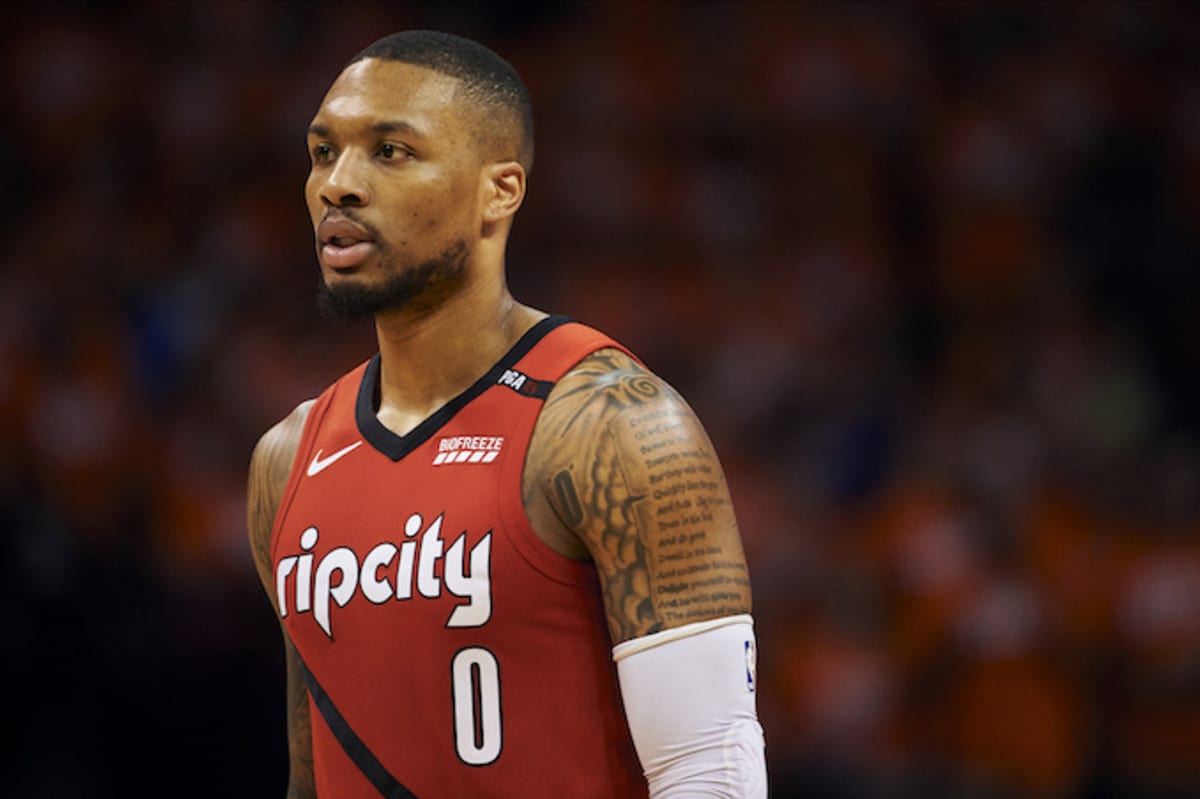 Damian Lillard says he will not compete in a restarted season if Portland does not have a legit shot at making the playoffs.

“If we come back and they’re just like, ‘We’re adding a few games to finish the regular season,’ and they’re throwing us out there for meaningless games and we don’t have a true opportunity to get into the playoffs, I’m going to be with my team because I’m a part of the team,” Lillard said to Yahoo Sports on Tuesday.

“But I’m not going to be participating. I’m telling you that right now.”

A joint task force consisting of representatives of the NBA and the players’ union have been discussing plans for the season to resume.

Teams are expecting guidelines to be issued on June 1.

When the league was halted on March 11 the Trail Blazers were sat in ninth place with a 27-39 record that placed them 3 1/2 games behind the Memphis Grizzlies.

At this point it is unclear if the season will play the remainder of its regular season or jump straight into the playoffs.

The Blazers were preparing to re-integrate center Jusuf Nurkic and forward Zach Collins, both who were coming off injuries.

Lillard hopes the league will go for a play-in-style tournament involving the seven through twelve seeds.

“We had our starting center and starting power forward coming back, so we had a lot to look forward to and for great reason. Now they’re healthy and have extra time to train and rehab while everybody’s rusty. So now they won’t be coming back as the only rusty players. And if everybody’s rusty, we can come in here and beat everybody.”

Damian Lillard, a five-time All-Star, is the NBA’s fifth-leading scorer this season with career highs of 28.9 points and 7.8 assists per game.

The Blazers opened up their practice facility earlier this month for voluntary workouts.