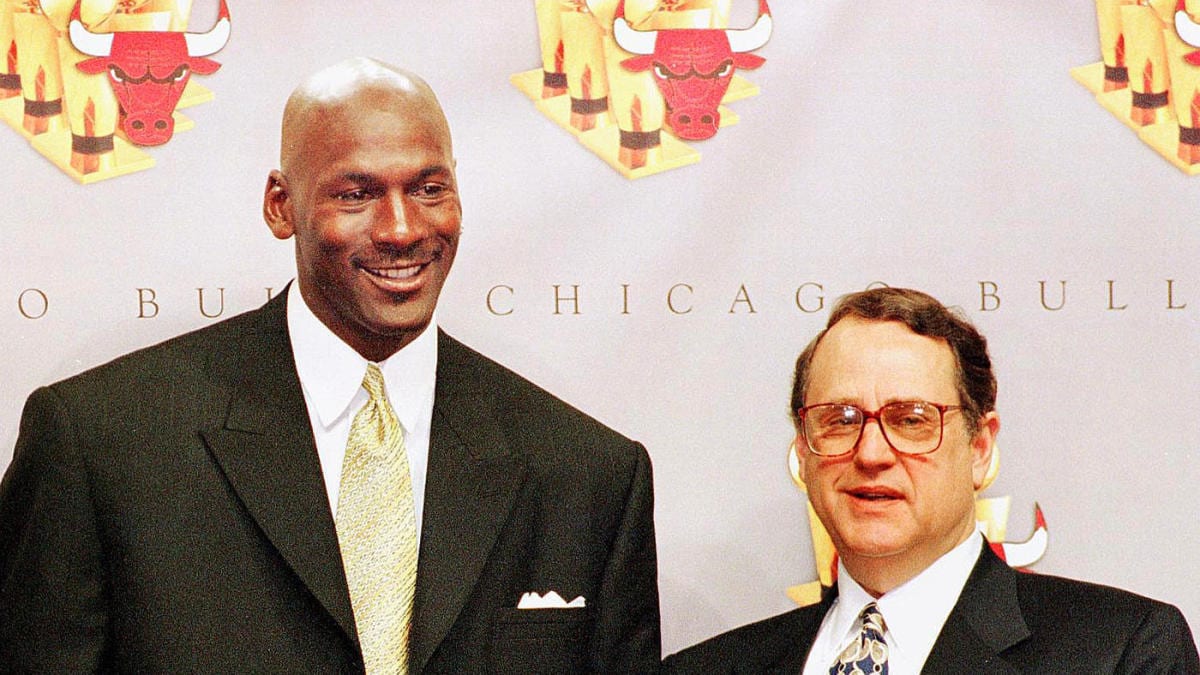 Near the end of ESPN’s hit documentary series “The Last Dance,” Jordan speculates on what could have been if the 1998-99 Bulls had been given a shot at another title.

But in an interview with NBC Sports Chicago, Bulls’ owner Jerry Reinsdorf said Jordan was engaging in a little bit of historical revisionism.

“I was not pleased. How’s that? He knew better. Michael and I had some private conversations at that time that I won’t go into detail on ever. But there’s no question in my mind that Michael’s feeling at the time was we could not put together a championship team the next year.”

Talked to Jerry Reinsdorf. He had thoughts, including his reaction to MJ’s 7th title talk and why the GOAT debate should be over: https://t.co/uc0exI4cqN

Reinsdorf couldn’t get Phil Jackson back, Houston was offering Scottie Pippen a multi-year contract, and players like Luc Longley and Dennis Rodman were on the decline.

“If we had brought that team back, they were gassed. Michael had been carrying that team,” said Reinsdorf.

Plus, in an interview with ESPN, Reinsdorf explained that if the team had been kept together, Jordan wouldn’t have even been able to play.

“The thing nobody wants to remember, during [the] lockout, Michael was screwing around with a cigar cutter, and he cut his finger. He couldn’t have played that year. He had to have surgery on the finger, so even if we could’ve brought everybody back, it wouldn’t have made any sense.”

Reinsdorf and Jordan may never agree on what ultimately killed one of sports’ greatest dynasties, but they can both agree it was fun while it lasted.