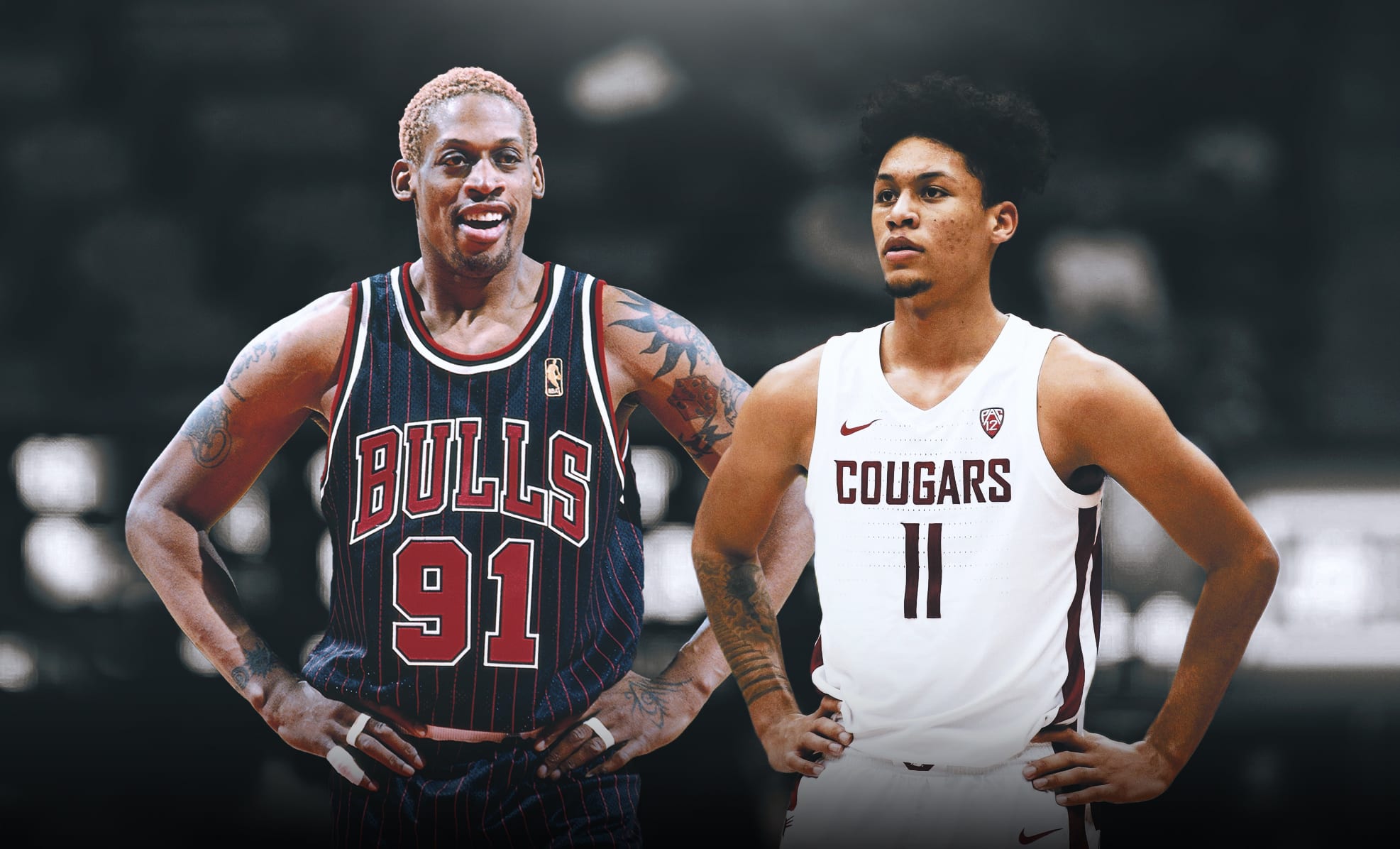 While the thought of Dennis Rodman passing on his genes may alarm some people, Rodman’s only son has turned out great.

Dennis Rodman Jr, also known as DJ Rodman, is a 6-foot-5 wing who completed his freshman season at Washington State earlier this year.

Previously, he starred at JSerra Catholic High School in San Juan Capistrano, California, where he averaged 24.2 points and 8.9 rebounds in his senior year.

Rodman Jr was a star in high school, but has had to adjust after making the leap to Washington State and Pac-12 basketball.

But Rodman Jr still has plenty of improvement ahead of him.

He says improving his ball-handling and quickness will be crucial in taking his game to the next level.

Just don’t expect his game to look anything like his father’s.

“I’ve been trying to show that I’m my own player and not like my dad,” Rodman Jr told Prep Hoops.

One of the biggest differences between Dennis and DJ is the younger Rodman’s ability to shoot the ball, one of the strongest aspects of his game.

He’s also more focused on playing ball, rather than going wild off the court.

DJ remains determined to match his father’s relentless effort and intensity, but he wants to do it his own way.

“I knew that he was like that and everyone talks about him that way,” he said last year.

“But that made me want to be something else. I want to have that aggressiveness, intensity and tenacity that he had, but I want to show it in a different way.”