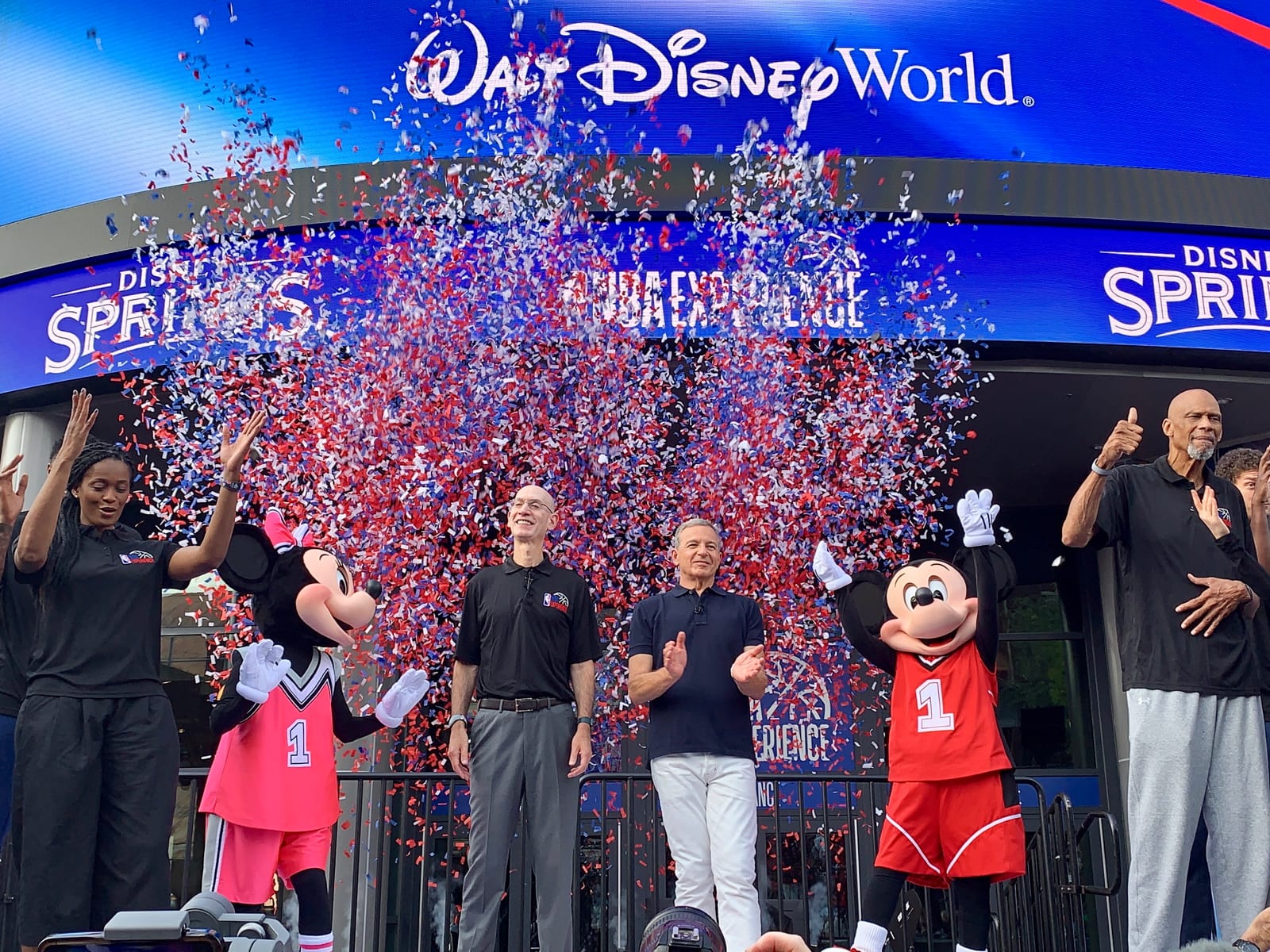 If the NBA does return to finish the 2019-2020 season, it will likely be at Disney World in Orlando.

According to Shams Charania and Sam Amick of The Athletic, Disney World has emerged as the clear front-runner location for NBA action this summer.

The NBA has reportedly been in consistent contact with Disney regarding using the property for NBA games.

Previous reports suggested that games may be played in Las Vegas.

Although that might still be the case, as of now it appears that Orlando is the more likely destination.

It remains unknown whether or not the NBA would attempt to finish the regular season.

At the time play was suspended, most teams had less than 20 games remaining.

All indications have pointed to a plan that would have playoff teams go through a mini training camp, followed by postseason play.

NBA stars recently spoke with Commissioner Adam Silver about starting the season back up.

LeBron James, Giannis Antetokunmpo, and NBPA President Chris Paul are just some of the players who have openly welcomed the idea of finishing the season — so long as all safety measures are being met and testing supplies/personal protective equipment aren’t taken away from essential workers.

The 2019-20 NBA draft lottery and combine have already been moved back to account for the hurdles presented by the coronavirus.

It seems likely that a final decision on resuming the 2019-20 season will be made by the start of next month.