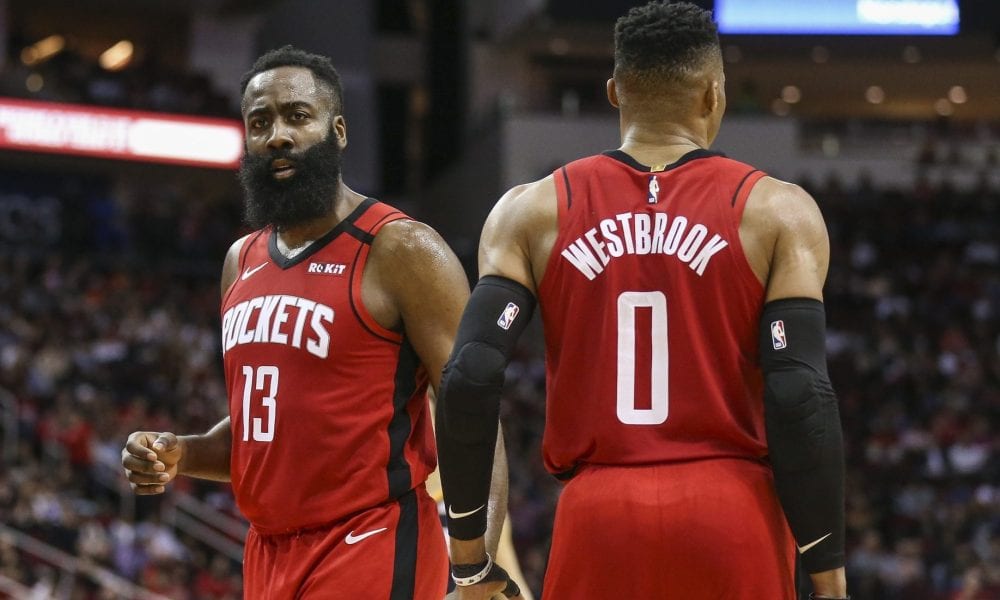 Whether the NBA can resume the 2019-20 season remains to be seen, but Houston Rockets Owners Tilman Fertitta believes the season will finish at some point amid the coronavirus pandemic.

The NBA campaign has been postponed since March 11th after Jazz center Rudy Gobert tested positive for the coronavirus forcing the league to suspended action.

On Monday, Fertitta, while attending a round table event at the White House for restaurant executives and industry leaders, said he was asked by President Trump about the NBA and plans for moving forward with the season.

President Trump followed up his questions for Fertitta by specifically asking the Rockets owner “Will you finish the season or not?”

“I think that there’s talk about finishing the season playing X number of games,” Fertitta said. “The players need to play to get paid, and right now they’re taking a 25% pay cut. They own 50% of our revenue, unlike the other sports. And so they want that revenue, even if it’s not the people-in-the-stands revenue, so they can get paid.”

With every NBA team not playing the same number of games, the question is whether to include regular-season games or use the current winning percentages to go directly into the playoffs.

NBA commissioner Adam Silver has not hinted on if the league is close to making a decision.

If the season does finish, it will likely take place without fans in attendance.