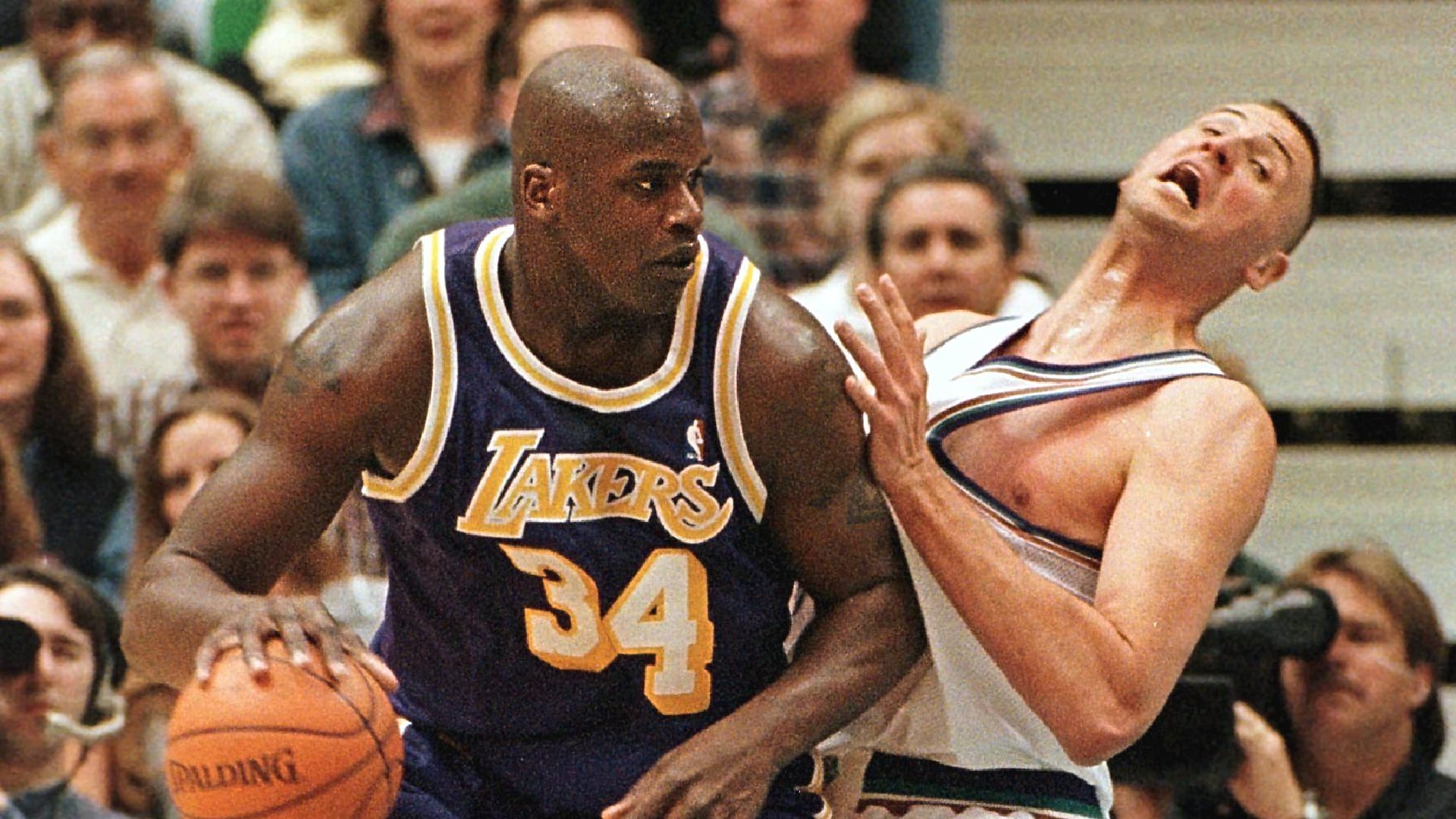 According to Karl Malone, fellow big man Shaquille O’Neal once smacked Greg Ostertag so hard that his contacts fell out.

Malone shared the story on the “Inside Stuff 90’s Reunion” that took place on NBA social channels on Sunday.

Karl Malone tells the story of when Shaquille O’Neal “f**ked up Greg Ostertag for the rest of his life”. pic.twitter.com/D0xdtb0Kmy

Things quickly unraveled due to the sheer amount of people on the call, but it was great to see so many Hall of Famers chopping it up about basketball.

Malone told the story about Shaq and Ostertag after Charles Barkley asked which one player everybody thought was going to be a star but never figured it out.

Malone said that it was his former teammate Greg Ostertag.

Not because of his own talent, but because Shaq once smacked him so hard he never recovered.

It’s worth mentioning that at 7’2, Ostertag surely could handle his own.

It’s not like Shaq was beating up on someone half his size.

According to Malone, Shaq thought that Ostertag talked too much for a rookie.

The rest is history.

Malone and Shaq both went on to be inducted to the Naismith Basketball Hall of Fame, while Ostertag never averaged more than eight points a game.