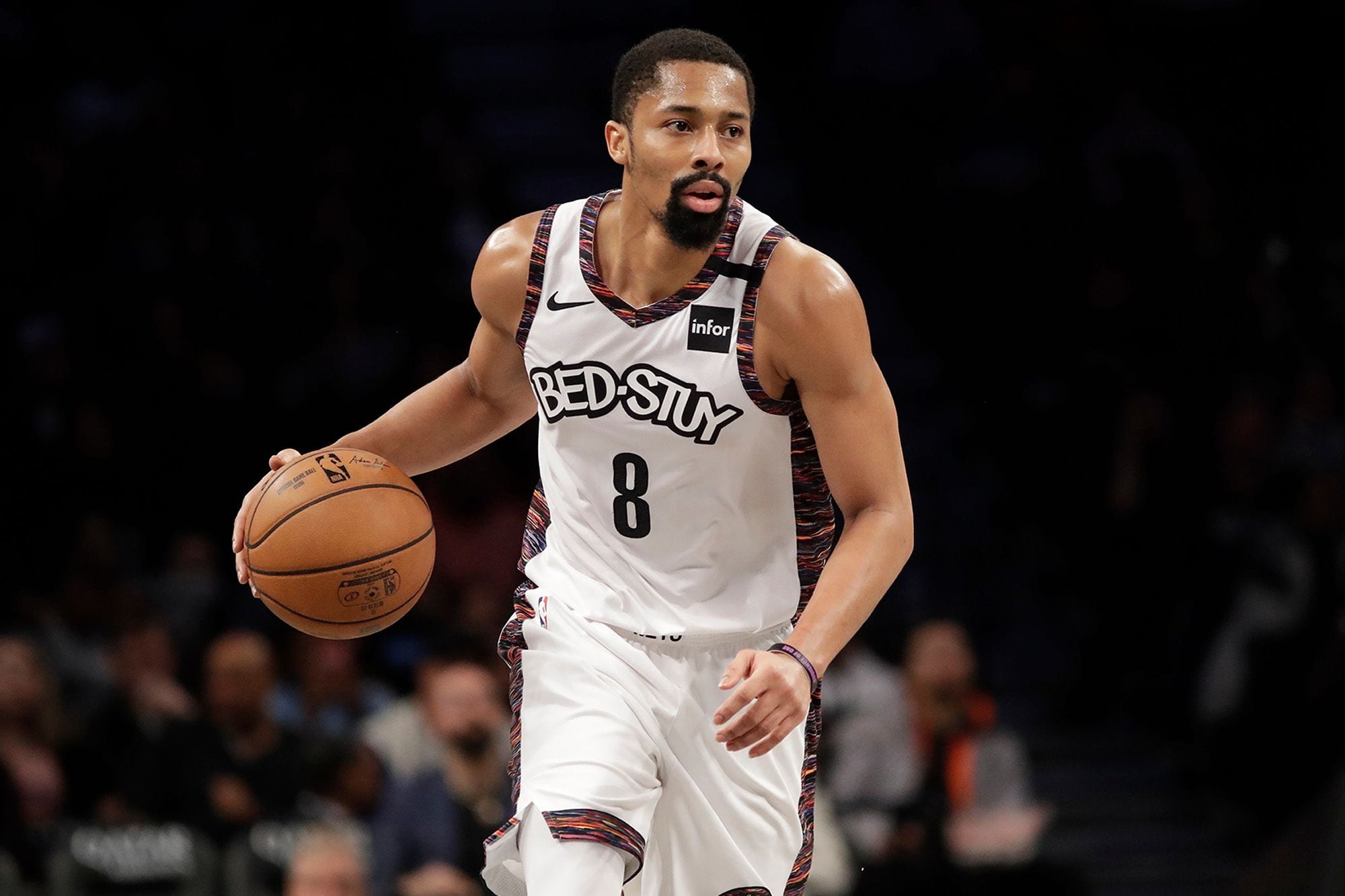 Brooklyn Nets Guard Spencer Dinwiddie is going to let fans pick where he plays next if they can meet a ridiculous goal.

Dinwiddie has taken to Twitter over the past day to explain his plan.

If NBA fans donate 2625.8 BTC (bitcoins) to his Go Fund Me, Dinwiddie will let them pick where he plays next.

If you’re wondering what the conversion rate between BTC and the U.S. dollar is right now, don’t fret, Dinwiddie says the total will equate roughly to $24,632,630.

It’s worth mentioning that Dinwiddie is under contract with the Nets through next season.

Dinwiddie is an avid cryptocurrency advocate.

Over the past two years, he’s worked with the crypto-firm Paxos to launch his own securities token, SD8.

Some NBA regulators have taken umbrage with Dinwiddie’s economic gymnastics.

There’s nothing stopping Dinwiddie from taking his salary and investing it in Bitcoin or any other cryptocurrency.

But rather, the idea behind SD8 was to divide Dinwiddie’s salary into 90, $150,000 tokens, then sell them to investors.

These tokens would then accrue 4.95% interest on a monthly basis.

Some have argued that Dinwiddie was trying to evade monetary inflation with the proposal.

For anyone unfamiliar with cryptocurrencies, Dinwiddie’s SD8 tokens aren’t anything like BTC.

Bitcoin is a decentralized, blockchain powered currency, and is available to everybody.

Dinwiddie’s tokens are centralized, and are only offered to accredited SEC investors.

Many have suggested that Dinwiddie’s most recent shenanigans are in violation of the league’s collective bargaining agreement.

Whether that’s true or not remains to be seen.